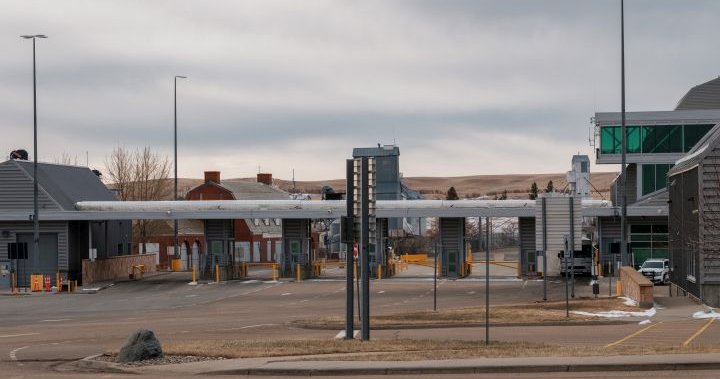 An executive in Alberta’s tourism sector says while the travel industry may yet take some time to recover, he is excited about restrictions being lifted on Monday for non-essential travel from the U.S. to Canada.

“It’s simply a startling line,” said Darren Reeder, the executive director of the Banff and Lake Louise Hospitality Association and a board advisor with the Tourism Industry Association of Alberta. “It’s going to take time to recover.

“It isn’t going to happen overnight, but at least the process has started.”

Almost a year-and-a-half ago, the COVID-19 pandemic prompted Canada and the U.S. to bring in strict restrictions on cross-border travel between the two countries. On Monday, Canada lifted restrictions on non-essential visits to Canada by Americans if the travellers are fully vaccinated.

Eligible travellers must have allowed 14 days to pass since their last dose of a Health Canada-approved vaccine. Travellers wanting to take advantage of the opportunity must also live in the U.S. and use Canada’s ArriveCAN app or web portal to upload their vaccination details. They must also show proof of a negative molecular test that’s no more than 72 hours old.

“It’s been very impactful,” Reeder said about the lack of American visitors to Alberta for more than a year.

“We effectively need Albertans, six of them, to spend in their normal pattern (in order) to spend up to what one American visitor would.”

According to data on the Alberta government’s website, travellers from the U.S. spent far more money in the province than visitors from other countries in 2019. That year, Americans made up for 1.2 million “person visits,” spending $991 million in the process.

Reeder said he looks forward to Alberta’s tourism and hospitality sector using the opportunity of hosting Americans to begin preparing for when people from other countries will be allowed to arrive.

“What business has been looking for is a clear indication from government that it would provide a predictive policy environment in which to begin to make plans for scaling their operations up,” he said. “This is a good news day.

“One thing businesses have difficulty dealing with is the unpredictability in policy, and clearly we’ve had a lot of that in the last 17 months… We’ve been flying in the dark.”

Reeder said the pace of the tourism sector’s recovery, however, remains somewhat unpredictable.

“I’ve heard people say we’re going to have a quick bounce back to normal, (but) I’ve heard other people say during this crisis it could be a three- to five-year rebuild,” he said. “(The) bottom line is no one really know today… But for today, what we do know, is in Alberta we have a very friendly environment in which to return people to our province.

“It’s a predictive environment for businesses to welcome back those visitors.”

Reeder added that a major factor in how quickly the province’s tourism sector can rebound may be how quickly airlines are able to build back capacity.

The U.S. allows Canadians to enter by air but has yet to say when or if it will allow people from Canada to enter the county at its land borders.

–With files from The Canadian Press’ James McCarten