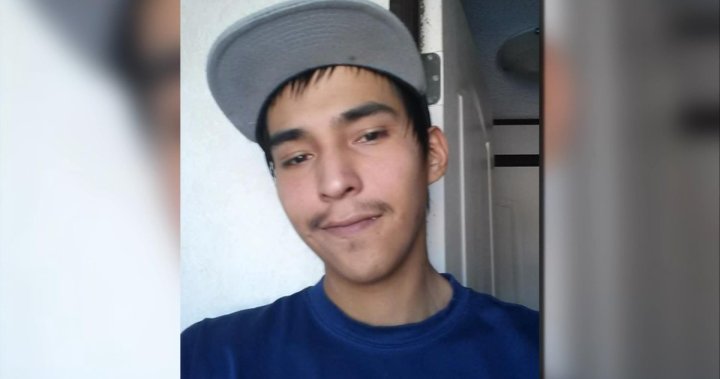 On the five-year anniversary of the passing of Colten Boushie, his family renewed their call for a public inquiry into the shooting death and the acquittal of Gerald Stanley.

On Aug. 9, 2016, Stanley shot Boushie after the 22-year-old Indigenous man and some of his friends drove onto the farmer’s rural property near Biggar, Sask.

Stanley has always maintained the shooting was accidental, and a jury later found him not guilty of second-degree murder or manslaughter in February 2018.

The Crown said there was no legal basis to appeal Stanley’s acquittal.

Boushie’s mother, Debbie Baptiste, said even after the trial, she and her family are still searching for justice.

“I come here with a heavy heart. Today, I hope and pray for change within the justice system,” she said.

“This racism should not be in the justice system. Discrimination doesn’t belong there. I miss my son so much.”

The @fsinations is marking the 5-year anniversary of Colten Boushie’s death by renewing calls for a public inquiry. It questions jury selection for the trial, errors in the police investigation and Crown’s decision not to appeal Gerald Stanley’s not guilty verdict pic.twitter.com/tfo6lCCbxo

Boushie’s mother Debbie Baptiste says her son was a victim, not a criminal. Her lawyer says she was on a flight to Ottawa 2 days after the verdict came in to try and speak with lawmakers about the circumstances around this case pic.twitter.com/BgOKcFdzY4

During a press conference on Monday, the Federation of Sovereign Indigenous Nations (FSIN) stood in support of the family, saying the death and acquittal serve as “an example of systemic discrimination in the Canadian criminal justice system.

“Five years later, we cannot forget about Colten Boushie, and we must remember him every day. We also honour his mother, Debbie Baptiste, who has shown immense courage and inspired many to stand up against injustice,” FSIN vice-chief David Pratt said in a press release.

“We must keep working towards equal justice for First Nations people and continue fighting to overcome the many issues that our people face in the justice system every day.”

FSIN said Boushie’s legacy and his family’s fight for fairness, respect and dignity for all First Nations people highlights the courage, strength and resilience in the face of racism, tragedy and injustice.

A report by an RCMP watchdog found officers discriminated against Baptiste when they told her Boushie died by asking her if she was drunk and smelling her breath, as well as telling her to, “pull it together.”

The family said they haven’t received an apology from Mounties regarding their conduct. The Saskatchewan RCMP said it has informally reached out to the family earlier this year and respects any meeting with the family will have to be on their terms.

-With files from Kyle Benning