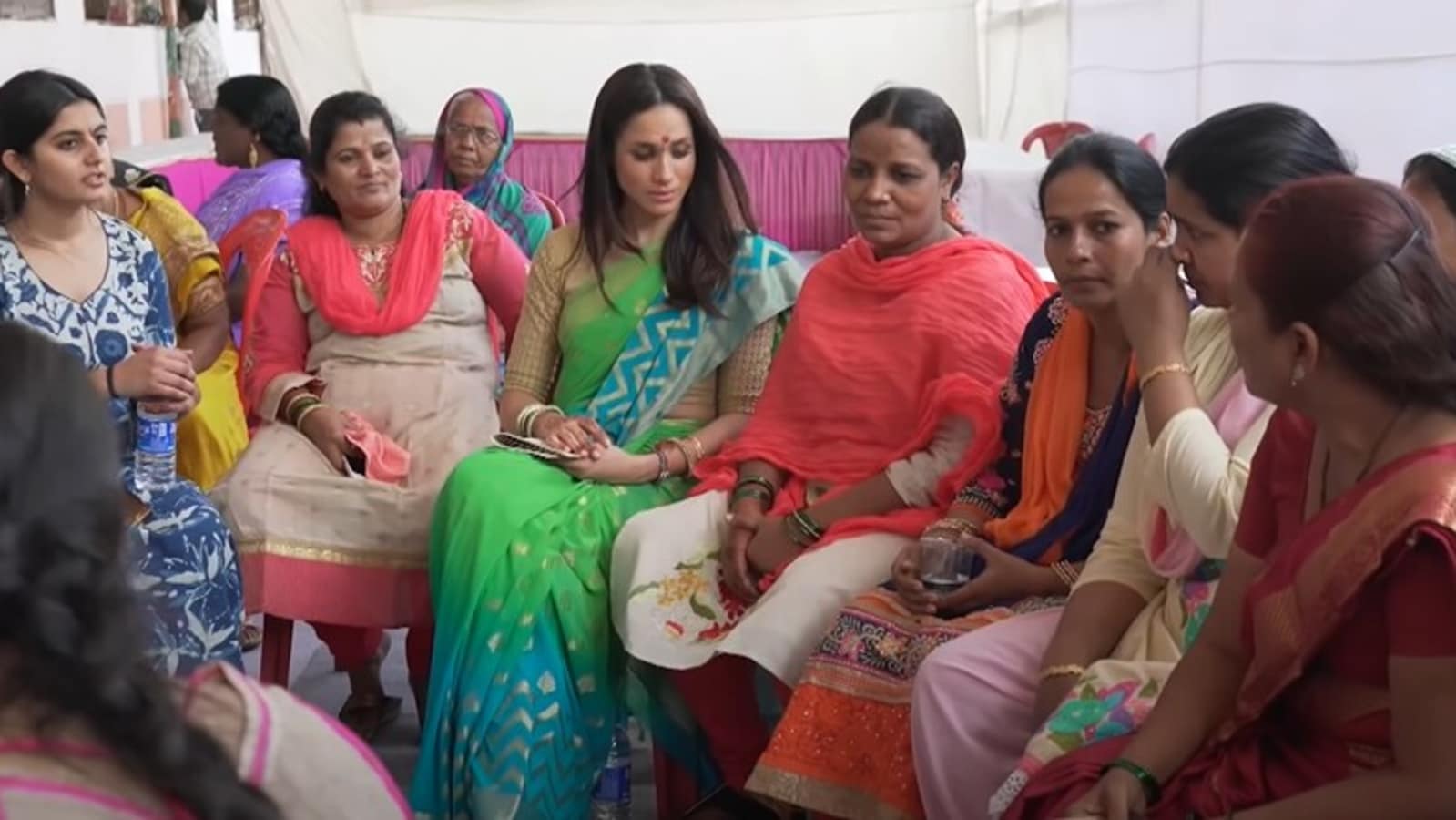 Years before she married Prince Harry and became the Duchess of Sussex, Meghan Markle had taken a trip to India as part of her charity work. She visited New Delhi and Mumbai when she was working with World Vision. At the time, Meghan was still a star of American television show Suits.

In the videos, which were released around her wedding to Prince Harry, Meghan Markle interacted with children, planted saplings and even dressed in an elegant saree while she heard the problems of the local women.

Several versions of the video have been shared on YouTube. In one such version, fans agreed that Meghan carried the saree well. “The saree suits her perfectly. She looks gorgeous and so effortless,” a comment read. “As an Indian I can say that she is first well known American personality who actually carried saree simply and beautifully and was looking so graceful and gorgeous,” another wrote.

“I love how Meghan has such a respect and love for the culture that she embraced it and even dressed the way other women around her do,” a fan gushed.

Meghan, who is also a close friend of Bollywood actor Priyanka Chopra Jonas, quit acting after she married Prince Harry. The couple tied the knot in May 2019. Although they stayed with Harry’s family after the wedding and participated in numerous royal engagements thereafter, in January 2020 Meghan and Harry announced that they were stepping down as the senior members of the royal family.

The couple moved out of the United Kingdom and have set up base in the United States. Following their exit, they have struck deals with Netflix.

Meghan recently celebrated her 40th birthday and on the occasion, she kick-started a programme. In a video talking about initiative, Meghan said, “Because I’m turning 40, I’m asking 40 friends to donate 40 minutes of their time to help mentor a woman who is mobilizing back into the workforce,” Meghan said, before adding, “Over 2 million women in the U.S. alone and tens of millions around the world have lost their jobs due to Covid, and I think if we all do it, and all commit 40 minutes to some sort of act of service, we can create a ripple effect.”