As Lin-Manuel Miranda’s film finally comes to India, the musical drama’s choreographer talks about the huge responsibility of speaking about the Latinx experience through dance, and why constant collaboration is key to a film’s success

Christopher Scott is “in love” — with In The Heights, specifically. The 37-year-old choreographer, known for the Step Up films, The LXD and So You Think You Can Dance competition series and more, has pushed his creative envelope yet again on the set of In The Heights, produced by Lin-Manuel Miranda and directed by John M. Chu. The film is a film adaptation of the novel and Broadway show written by Quiara Alegría Hudes, who is also the feature film’s screenwriter.

It would have been great to see some of the musical’s large-scale dance sequences on the big screen: 90 men in a New York public pool frugging, and an all-cast number in the Latinx neighbourhood of Washington Heights, New York. But owing to cinema halls shutdown across India as per the pandemic, In The Heights did not enjoy a theatrical release here. However the film is available for rent on most OTT and VOD platforms now. 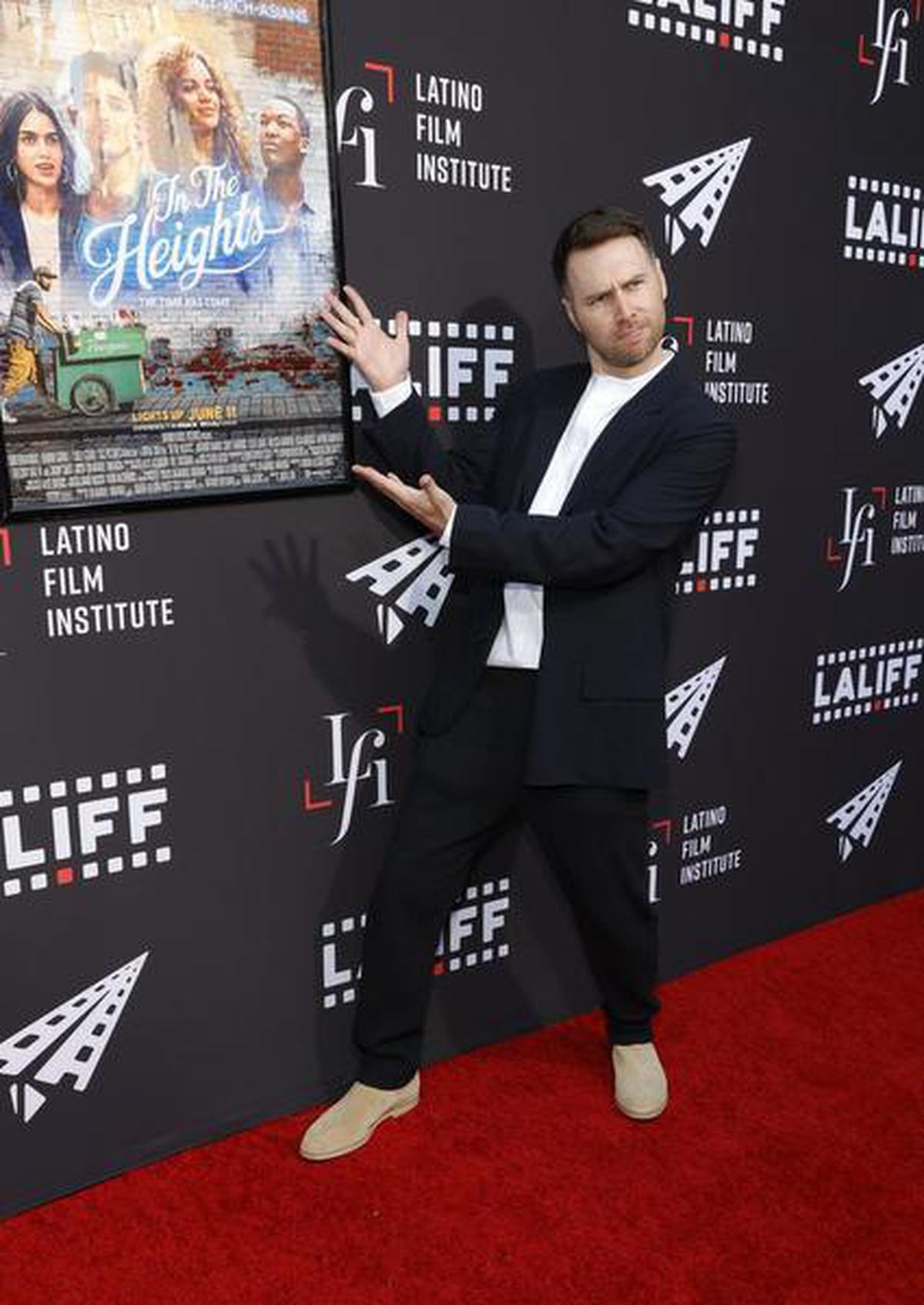 Choreographer Christopher Scott attends a special preview screening of ‘In The Heights’ during the 2021 Los Angeles Latino International Film Festival at TCL Chinese Theatre on June 04, 2021 in Hollywood, California.

Over the phone from Los Angeles, Scott says In The Heights is “a love letter to dance, to the Latin and hip-hop cultures, the specific styles of dance. It is also a love letter to a very specific neighbourhood that incorporates voices of the people who grew up and live there, directly into the choreography.”

Indeed, it follows the daily challenges and triumphs experienced by Latin families in Washington Heights. The film, that has been adapted from a book as well as a top-selling Broadway show, stars Anthony Ramos, Melissa Barrera, Lin-Manuel Miranda, Leslie Grace, Stephanie Beatriz and more.

Read More | ‘In The Heights’ film review: Glorious and irresistible

Scott, who has worked with Chu for more than 10 years, says the director has “kind of raised me in my career as a choreographer where he opened my tours from the very beginning.” That said, Scott believes In The Heights is a culmination of that decade’s hard work and collaboration.

In The Heights marks a professional and personal level-up for Scott because of “the huge responsibility to deliver, because you are representing a neighbourhood and the creator grew up there so you better not mess it up!” Scott then drew from a personal love for the Latinx culture through the various dance styles such as Mambo on 2 and Litefeet. He also infused a lot of rarely-seen street-styles that are rarely seen in musicals. “Hip-hop is one of the stronger elements in the music so this film opened the door to showcase this. There was pressure where if this wasn’t a success, they wouldn’t want to do it again.”

The film tackles socio-economic themes of gentrification and dance has certainly been a vehicle for the character’s emotive responses to their neighbourhood being ‘white-washed’. Scott points out, “The number one thing is that there were so many conversations all the time with everyone involved, specifically people from the culture.”

That said, he got choreographer Eddie Torres Jr on board whose father is one of the creators of the dance-style and syllabus for Mambo on 2. Torres Jr and Scott were keen on doing justice to these dance-styles because they are often misinterpreted. “When you are dealing with something so popular and has the potential to be so commercial and have so many eyes on it, it is key to get it right so people don’t leave confused — it happens in dance more than you realise,” he points out. “I really relate to it; in the street-dance world, where I grew up career-wise, b-boys are tired of being called ‘breakdancers’ — but the commercial world still calls them that. So they’re constantly trying to re-educate people.”

However soon after its June release, the film still drew some controversy for colourism due to the lack of visibly dark-skinned Afro-Latinx characters — the very community the film aims to represent. In response to this, Lin-Manuel Miranda and John M Chu agreed there needed to be more awareness on this. This setback did not stop the film from winning multiple accolades including ‘Visionary Impact Award’ at National Hispanic Media Coalition Impact Awards in 2020, as well as ‘Best Picture’, ‘Best Actor’ (Anthony Ramos) and ‘Best Filmmaker’ (John M. Chu) at the Hollywood Critics Association Midseason Awards in 2021.

Scott says the film’s actors were cast from the culture, too, for authenticity. As an example, he states Anthony Ramos (who plays the lead character Usnavi de la Vega), grew up in Bushwick, New York, and knows bodega life pretty well, and what it means to live in Washington Heights.

But Scott was keen that every character has both persona and purpose in a dance scene. “This was actually easy because everyone in the film is tied together by the theme of ‘dreams in Washington Heights’ and this gave me a sense of care to put into everybody’s moment, whether it is Usnavi or Graffiti Pete. We get to know them and how they dream through dance instead of only through song. In the script, Quiara has this poetic way of saying things and I would draw inspiration from the dialogue she created.” A still from musical film ‘In The Heights’ with Daphne Rubin-Vega as Daniela, Stephanie Beatriz as Carla and Dascha Polanca as Cuca

Scott recalls when he choreographed for the number ‘Paciencia Y Fe’ which calls for actor Olga Merediz’s moment (she plays Abuela Claudia) and he wanted audiences to think about her mentality and her experiences through the dance as well. “It is funny, a lot of people think a choreographer’s job is just moving, but we spend a lot of time just listening,” he chuckles.

Scott is not just a choreographer though, he is also a producer of The LXD: The Legion of Extraordinary Dancers, which has made him even more hands-on and interdisciplinary on sets. For In The Heights, he collaborated closely with cinematographer Alice Brooks to best frame certain sequences and moves.

“My relationship with Alice goes back 10 years too and John [M. Chu] created The LXD,” he explains fondly, “and Alice shot 29 out of 30 episodes. Alice and John went to University of Southern California together and I feel I got to benefit from that relationship without the college tuition fees (laughs) because The LXD felt like film school for me. I worked with many cinematographers over the years and it always felt a little different, but that relationship needs to be more nurtured in the industry. Alice and I are always having conversations about trying new things, and John’s right there with us. People ask us ‘who came up with this?’ and I can never find the answer for that!”

The home premiere of In The Heights is available to buy or rent now on Apple TV, Book My Show Stream, Google and YouTube.