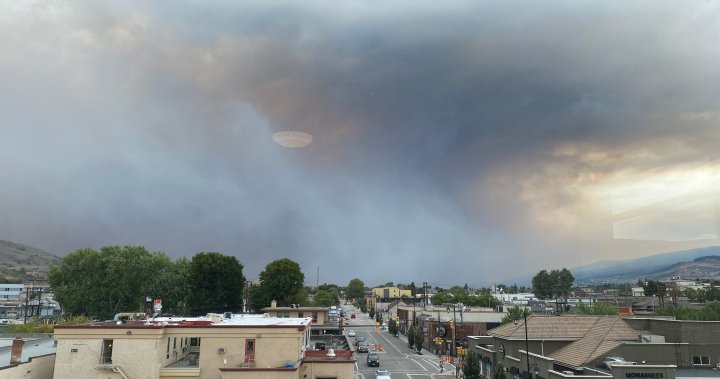 The White Rock Lake wildfire has exploded in size recently, and wildfire smoke from the massive blaze can be seen from north of Vernon to south of Kelowna.

The fire is currently estimated at 45,000 hectares and is burning not far from the northwestern shores of Okanagan Lake, though the majority of the fire is located further west.

Still, it appears the fire has razed parts of the Highway 97 community of Monte Lake and has spawned evacuation orders and alerts affecting thousands of residents.

On Friday, many Global News viewers sent in photos of the fire, which, according to BC Wildfire’s map, is less than five kilometres from Okanagan Lake.

Below are the photos.