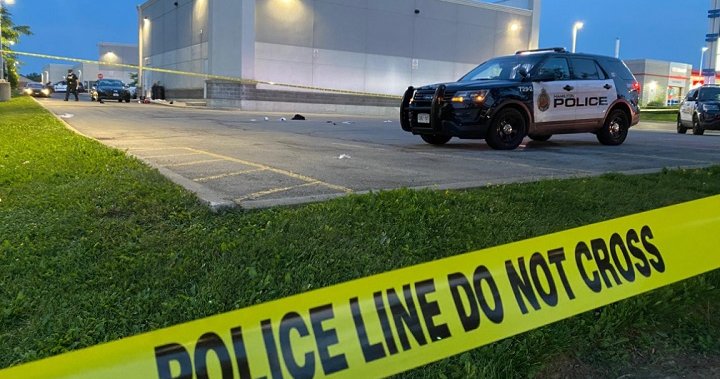 Three people have been taken to hospital, two critically, after a shooting at a plaza in the Upper Stoney Creek area of Hamilton, a spokesperson with the City’s paramedic service says.

Emergency crews were called to the Heritage Hill Shopping Centre at the northeast corner of Paramount Drive and Mud Street West just before 8 p.m. on Friday.

The Hamilton Paramedic Service spokesperson told Global News a 17-year-old boy with no vital signs was rushed to a trauma centre along with a 37-year-old man in critical condition.

A third person, a 25-year-old man, was taken to a local hospital with non-life-threatening injuries.

As of Friday evening, Hamilton police didn’t release any additional information on the shooting or any suspect information.

Hamilton Police are conducting a shooting investigation in the area of Mud/Paramount in #HamOnt.

An update will be provided when one becomes available.