Trinity, the recent production by The Madras Players, where leading musicians turned actors, represented a confluence that’s rare today, that of classical music and Tamil theatre. However, reading accounts of Tamil theatre in the early and mid-20th century, it’s interesting to find several well-known names from the world of classical music who were closely associated with theatre groups and artistes. Among the earliest connections was that of kanjira exponent Manpoondia Pillai and Sankaradas Swamigal, one of Tamil theatre’s most revered figures. Swamigal became proficient in in Tamil and its grammar and started composing songs and venbas at an early age. He was associated with several boys’ companies, or repertories, of those times. One of his star pupils was ‘Avvai’ T.K. Shanmugam. In a biography of his guru, Shanmugam says that Pillai was awestruck by Swamigal’s command over Tamil and enjoyed his company immensely. He considered Swamigal an adopted son, and the duo would have impromptu jamming sessions, where Pillai played the kanjira to songs composed by Swamigal. Incidentally, Pillai was passionate about Tamil theatre and even ran a drama company for some time in Pudukkottai. It was here that F.G. Natesa Iyer, the famous stage actor and art patron, made his debut, playing the goddess Saraswati. S.G. Kittappa with brother Kasi on the harmonium.

S.G. Kittappa was the first superstar of the Tamil stage. Several leading musicians such as Harikesanallur Muthiah Bhagavatar, Malaikottai Govindaswamy Pillai and Kanchipuram Naina Pillai were great admirers of his singing prowess, which was, remarkably, self-acquired. After watching a performance of Nandanar in 1931, Muthiah Bhagavatar is said to have remarked that it was their great fortune that Kittappa did not take to performing concerts full-time! The duo shared a special bond, probably strengthened by their mutual association with the drama company run by C. Cunniah, for whom Muthiah Bhagavatar had composed songs. The admiration between Kittappa and the musicians was mutual. In his book Isai Medhaigal, T. Sankaran writes that in 1932, Kittappa (along with K.B. Sundarambal) performed a play in Kanchipuram in aid of the Tyagaraja aradhana conducted by Naina Pillai. 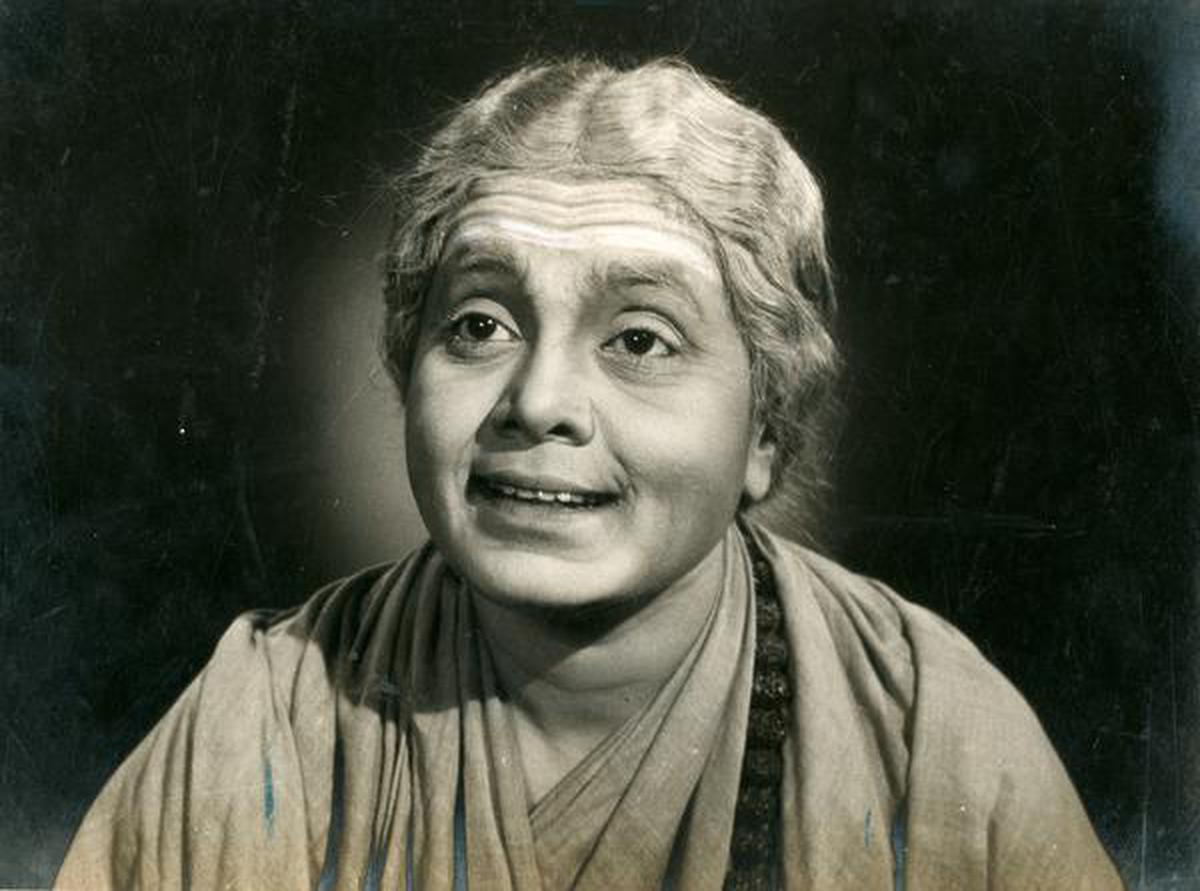 T.K. Shanmugam writes of several more interesting collaborations in his memoirs, Enadhu Nataka Vaazhkai. In 1939, Soolamangalam Vaidyanatha Bhagavathar, the famous Harikatha exponent, wrote a play titled Siva Leela for T.K.S. Nataka Sabha. The role of Parvati was played by director A.P. Nagarajan, who was then part of their troupe. For Shanmugam and his brothers, however, this was not their first collaboration with a Harikatha artiste. In their earlier avatar as a boys’ company, they had successfully staged the mythological tale of Dhruva, dramatised by Chidambara Bhagavathar (known as Thambudu Bhagavathar), an exponent of the art from Pudukkottai.

Following this success, Thambudu Bhagavathar dramatised the life of composer Bhadrachala Ramadas. This, however, could not be staged because of Bhagavathar’s sudden exit from the troupe, but it was later staged with great success by T.S. Rajamanickam Pillai, who earned the moniker of Nawab for his role in the play. Interestingly, Pillai’s play Kumara Vijayam on the life of Murugan, first staged in September 1947, was dramatised by the legal luminary T.M. Krishnaswamy Iyer or Thiruppugazh Mani, as he was popularly known for his propagation of the sacred work. 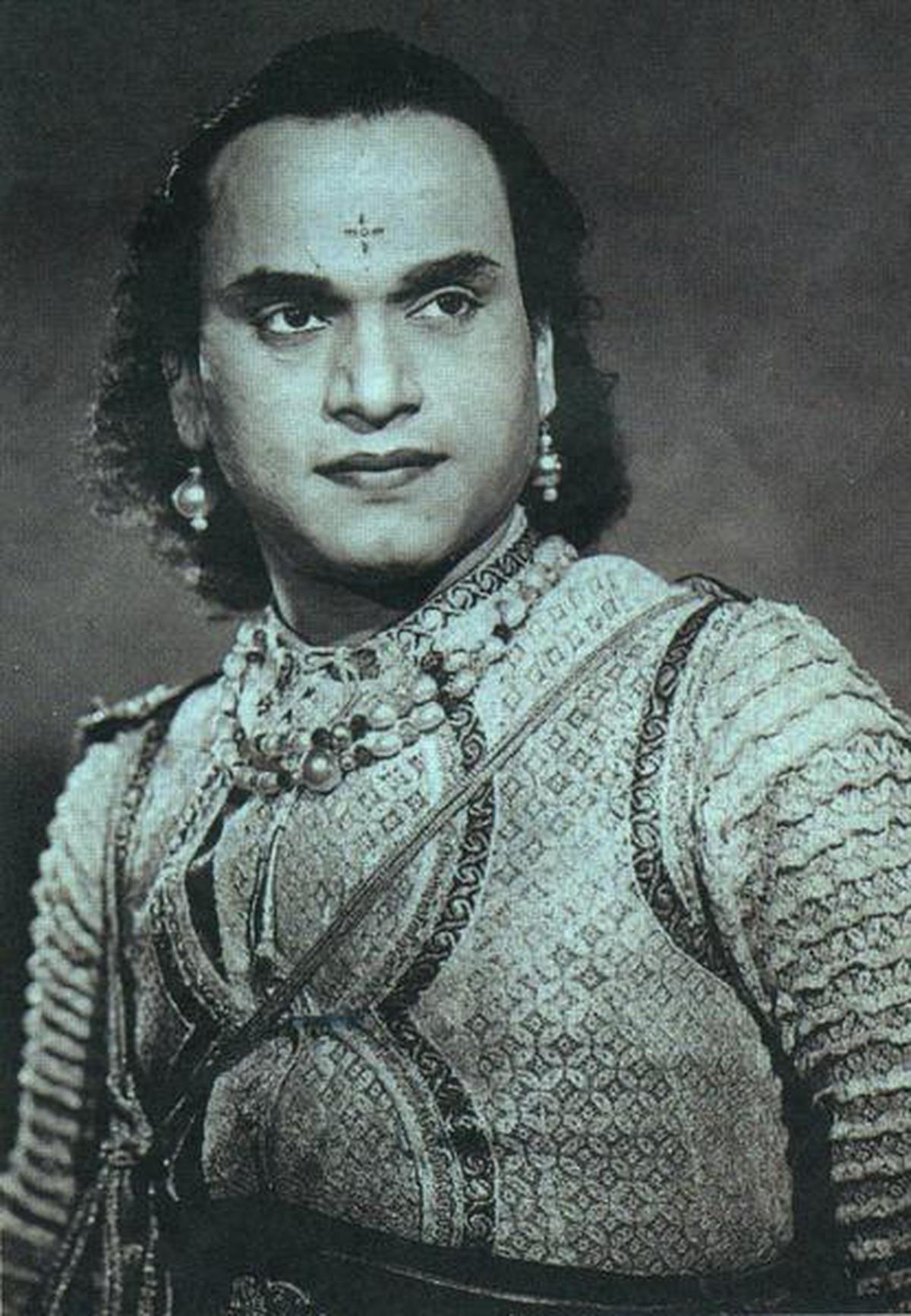 T.K. Shanmugam also writes of a boy with immense singing abilities who had joined their boys’ company in Thanjavur and played female roles in plays such as Abhimanyu Sundari and Valli Thirumanam. This was T.M. Thiagarajan, who later became one of the leading vocalists of his time, and was awarded the Sangita Kalanidhi title by the Music Academy in 1981. It is worth mentioning here that several artistes from the world of theatre such as K.B. Sundarambal, S.V. Subbiah Bhagavathar, M.K. Thyagaraja Bhagavathar and Madurai Mariappa Swamigal also found reasonable success as performing musicians at various stages of their career. The classical music-Tamil theatre connect was revived in 2015, when renowned vocalist Bombay Jayashri became the music director for Sri Thyagarajar, a play on the life of the saint by T.V. Varadharajen’s troupe United Visuals. And now, of course, by Vijay Siva’s enactment of Muthuswami Dikshithar in Trinity.

The writer is a heritage buff and amateur Tamil theatre artiste.