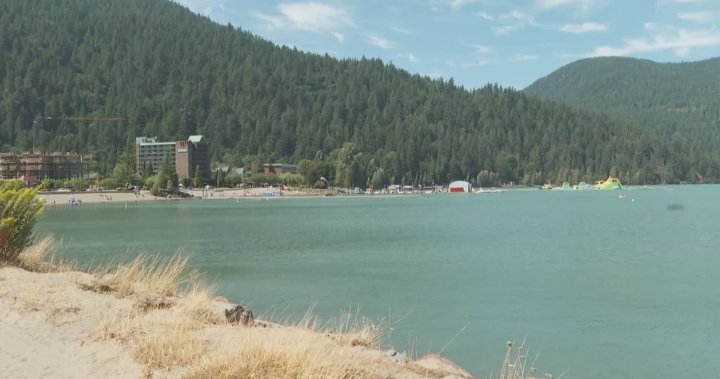 Could you identify the signs someone was drowning?

If your picture of distress in the water involves splashing, raised arms or cries for help, in most cases you’d be wrong.

It’s a message a B.C. woman who recently helped save a drowning man at Harrison Lake wants to share, in hopes of preventing other tragedies.

Emily Treen was at the lake on Monday with her boyfriend when it happened.

The pair never would have realized there was a problem if someone on the shore hadn’t started yelling for help.

When they went to investigate, they were told someone in the lagoon was drowning.

It was only then they spotted the man, who was stationary in the water and clinging desperately to a small floatie.

Treen and her boyfriend swam out to the man with a life ring.

“He wasn’t making any kind of motion, nothing visible that he was in distress, he couldn’t say anything, he couldn’t move his arms,” she said.

Read more:
‘I want my dad to be known as a hero’: Family mourns B.C. man who died saving drowning son

The couple was able to get the man to shore, where he was assessed by paramedics and released.

2:05
One dozen foreign nationals have drowned in B.C. in last 15 years

But the incident rattled Treen, who had previously researched the signs of drowning after he friend’s brother died at the lake several years before.

She said witnessing it first hand inspired her to speak out.

Read more:
Drowning deaths in the Maritimes on the rise, organization says

“There are so many times when people don’t even know what’s happening.”

The Lifesaving Society says there have already been 32 drownings in the B.C. and Yukon in 2021, more than three quarters of them men and boys.

There are several key warning signs that someone could be drowning, and none of them are what you’d see in a Hollywood movie:

“But more importantly, I would feel a lot better if the message got out that it is deceptive.”