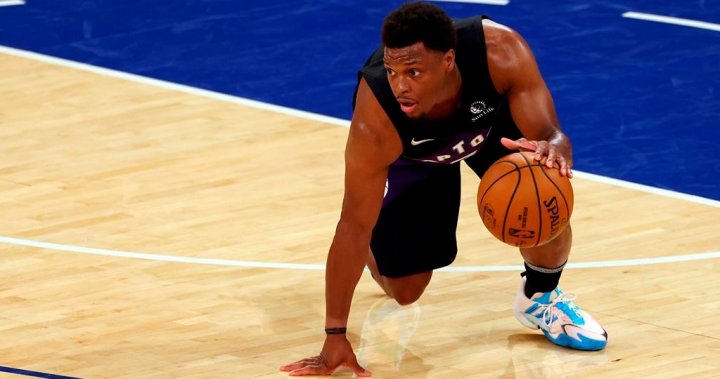 TORONTO – Star guard Kyle Lowry penned his farewell message to Toronto on Wednesday, saying his bond with the city is unbreakable.

The 35-year-old Lowry, who is headed to Miami in a sign-and-trade deal that has yet to be formally announced, had a lot of thank you’s in a lengthy Instagram post.

“Toronto you are in good hands with Pascal (Siakam), OG (Anunoby), and Freddie (VanVleet), my little brother,” Lowry wrote. “Y’all already built the foundation and will continue to grow. I love y’all!

“I’ve legit gave (sic) blood, sweat and tears and everything I’ve could! Thank you Toronto, thank you Canada. This will forever be HOME!!!”

Lowry, who spent nine seasons as a Raptor and holds club records ranging from steals and assists to three-point field goals, thanked everyone from team president Masai Ujiri to global ambassador/hip-hop star Drake.

“This is hard to write but the time has come for the next chapter in my story to begin,” said Lowry. “But the bond I share with you is unbreakable.

“There’s so many things I want to say about the city of Toronto, Canada as (a) nation. I just can’t put them all in this piece.”

Drake responded to Lowry’s post, writing “Believe it my brother you will be missed!!! Thank you for all of those incredible years.”

Lowry became a free agent this week, paving the way for his move to Miami.

His post received more than 200,000 likes in the first two hours it was up.

This report by The Canadian Press was first published Aug. 4, 2021.