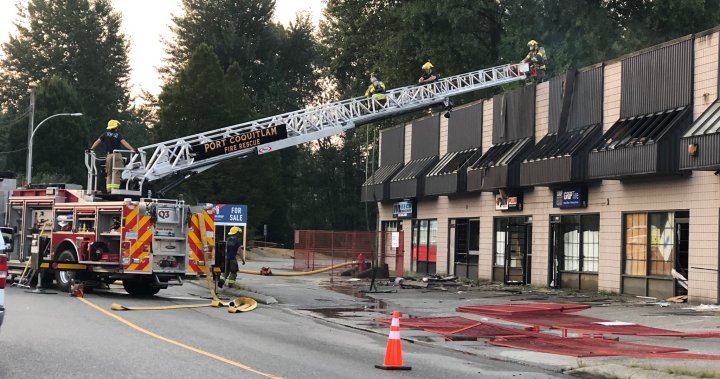 Firefighters have now knocked down a blaze that broke out in an industrial area of Port Coquitlam overnight Monday.

The fire broke out around 11 p.m. at a vacant business plaza near Kingsway Avenue and Gately Avenue.

The fire was first noticed by a passing motorist.

Black smoke could then be seen in the area.

Firefighters responded quickly and were able to get the upper hand on the blaze.

Multiple units were affected but it is not known what sparked the fire.

The plaza has been vacant for about six months but was the site of some automotive shops and a sign business.

Coquitlam RCMP is also working to determine if the fire is suspicious.