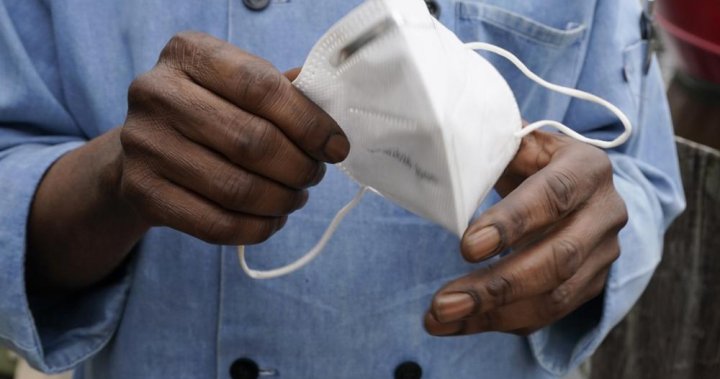 Manitobans will hear updated COVID-19 public health orders on Tuesday, but one epidemiologist says masks should be the last measure to take away.

Cynthia Carr says the province’s job of reaching vaccine milestones is “remarkable,” but focus should remain on all layers of protection, not just the shots.

“There is no reason to remove masks at the expense of potentially allowing more spread of this virus, particularly the Delta variant,” says Carr.

The epidemiologist adds data must continue to be tracked as the province opens up.

As the school year looms and colder weather is around the corner, Carr stresses the importance of remaining vigilant to protect children under 12 who cannot yet receive a COVID-19 vaccine.

“Decisions that were made two weeks ago or a month ago in anticipation of the future will always need to be reviewed,” Carr says.

Jonathan Alward, director of the Canadian Federation of Independent Business’s (CFIB) prairie region, says he’s hoping for the province to allow 100 per cent capacity in stores, so local business owners have a chance to survive.

“The recovery hasn’t been very swift so we need to give businesses a chance to get fully open, get as many customers back as possible,” Alward says. “Have a chance to make the most of the rest of their summer and have the chance to pay down some debt.”

Alward says recent surveys of Manitoba CFIB members from early July show 39 per cent thought the province’s reopening plan was going at a fine pace, while 46 per cent thought it was too slow.

Meanwhile, one of Winnipeg’s newest rec hockey leagues is hoping the new orders will loosen up restrictions on tournament play.

Practice and shinny are allowed under the current rules, but tournaments are off limits.

“I think tomorrow, the big thing is clarity and some direction or maybe a timeline of, yes, you can start in three weeks or you can start tomorrow or whatever it might be and then we’ll hit the ground running,” says Rob Barnsley, director of the Winnipeg Rec Hockey League.

He says they’re expecting over 100 teams to sign up for the winter season, and they’re looking to get things underway as early as Sept. 7.

“When we were playing before we followed all Manitoba health guidelines, (and) we didn’t have any case of transmission within or league at all. So when it comes to spread, community spread as they talk about, we didn’t have any issues at all, and we had hundreds of games being played.”

Barnsley says they have contingency plans in place for the coming season, but the orders as they stand right now won’t allow for the referees and timekeepers they would use under normal circumstances.

The address will be streamed live on the government’s website.

4:13
Questions around fall child-care in Manitoba

Questions around fall child-care in Manitoba