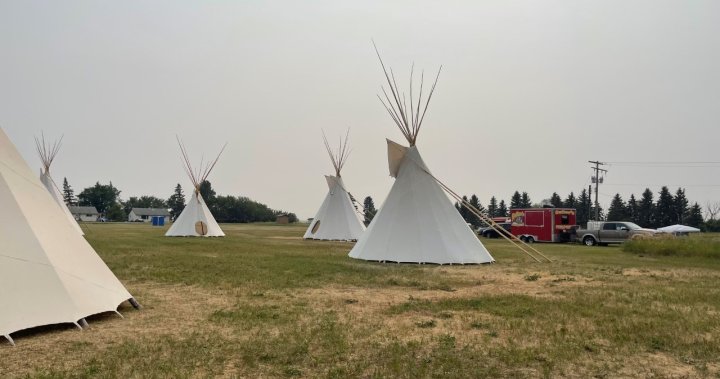 “The whole intent of this gathering is to gather all survivors, not only from surrounding communities but communities from all over Saskatchewan, Alberta and Manitoba, to come out and be part of this healing process that we’re trying to coordinate throughout the week,” said Beardy’s and Okemasis’ First Nation Coun. Delano Mike.

The gathering will run from Aug. 2 to Aug. 6 and the theme is courage, resilience and connection.

Mike said this is a solely a gathering, but there will be open discussions about their future plans as a First Nation with the site.

There will also be a panel made up of residential school survivors. Mike said some of the questions they will be pondering as a group include if ground-penetrating radar searches should by completed and where.

Mike said the community is encouraging all survivors to attend if it’s feasible, adding their input is needed.

According to the National Centre for Truth and Reconciliation (NCTR) St. Michael’s residential school was constructed in 1949 by Roman Catholic missionaries. The school’s maximum enrollment was supposed to be 220, though it was often closer to 260.

The federal government took over administration of the school in 1969. The school was later turned over to the Saskatoon District Tribal Council in 1982 and closed in 1996.

The NCTR added prior to the construction of St. Michael’s, a boarding school was established on the site in 1894. During the school’s early years of operation, tuberculosis was an epidemic and it was reported that half of the children sent to the school had died.

The NCTRs website lists a total of 102 people who reportedly died at both schools between the late 1800s and the 1950s.