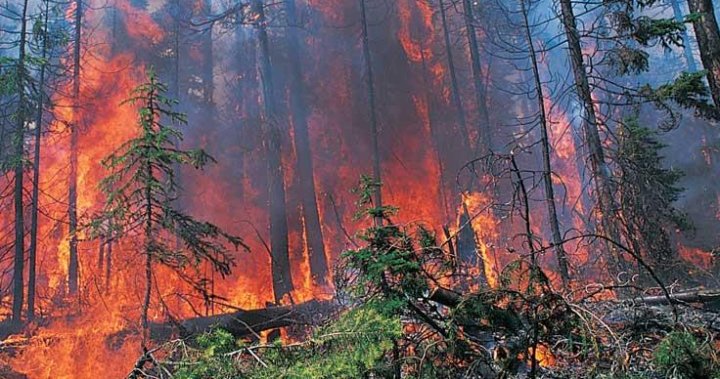 There is more to learn about the consequences of intensifying wildfires on community watersheds across Canada, but a large, severe fire followed by heavy precipitation could seriously affect drinking water, says a wildfire research scientist with the Canadian Forest Service.

An intense fire can burn through vegetation and soil that serve to absorb and more evenly distribute precipitation or melting snow, and also naturally filter sediment and toxins before the water even reaches a community’s drinking-water source, Francois-Nicolas Robinne said in an interview from Edmonton.

“This kind of sponge effect that the forest has, that the vegetation has, goes away. So you have more water running off earlier in the season,” he said.

In a worst-case scenario that could lead to flash floods and flowing debris and it’s likely to affect how much drinking water is available to a community and when, said Robinne, with drought compounding the potential impact of wildfire.

“You already have less water, it’s already stretched pretty thin, and you have suddenly this huge input of water, but of pretty bad water quality, usually, after a large and severe fire,” said Robinne, adding any drinking water would be treated to Canadian standards but it’s costly to purify water polluted by wildfire.

It could be “mayhem” to go though a cycle of drought, wildfires, heavy rains and drought again, said Robinne, “because the pressure on the water resource would become so high that I can’t even imagine what it would mean in terms of water supply for communities.”

Heat warning in effect for next 48 hours

Water supply downstream is generally expected to be affected when about 20 per cent of a watershed is burned. That threshold has been met in nine B.C. community watersheds so far this year, said Robinne, with two of those burning up entirely.

Canada needs more data and analysis of the historical and ongoing effects of wildfires on watersheds, said Robinne, noting his work at the forest service involves looking at drinking water intakes and fire risk around communities countrywide.

In the long term, the most intense scorching may resemble “some form of desertification,” he said. “We’re not there yet, but it’s definitely a cause for concern.”

In general, Robinne suggests that communities in fire-prone areas undertake fuel management, or reducing the vegetation susceptible to fire in their watershed.

Communities may also consider updating older drinking water treatment systems to ensure water quality in the event their source is affected by wildfire, he said.

British Columbia government mapping shows the eight-kilometre square Brenda Creek fire burning out of control west of Peachland overlaps with that community’s watershed. It shows numerous other “wildfires of note,” which are either highly visible or pose a threat to public safety, are burning in or very close to other watersheds.

All of Vancouver Island, the south coast and stretches of the southern Interior are classified as drought level four out of five, with many municipalities and regions implementing measures to conserve water through the rest of the summer.

Environment Canada has also issued heat warnings that stretch from parts of Vancouver Island to the south coast and across the southern Interior, as well as the inner central and north coast all the way up to B.C.’s boundary with Yukon.

The hot, dry conditions have helped fuel more than 1,250 wildfires sparked since the start of B.C.’s fire season on April 1, charring over 4,500 square kilometres of land. The 10-year average is 658 fires and about 1,060 square kilometres burned over the same time period, officials with the BC Wildfire Service said last week.