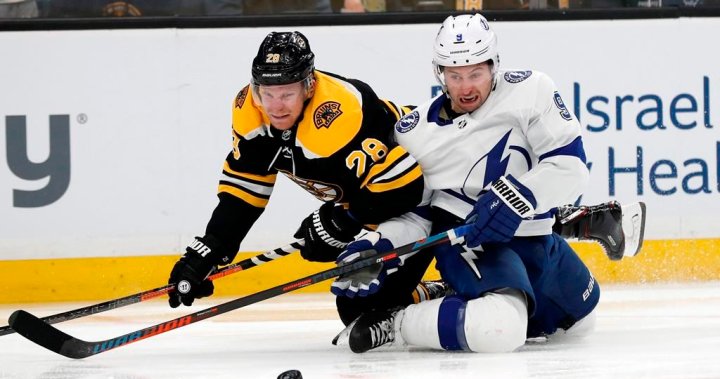 TORONTO – The Toronto Maple Leafs have signed forward Ondrej Kase to a one-year contract worth US$1.25 million.

The 25-year-old Kase became available when free agency officially opened Wednesday after the Boston Bruins declined issuing him a qualifying offer as a restricted free agent.

The Maple Leafs made the announcement on Friday.

Kase scored a career high 20 goals and 38 points in 66 games with the Anaheim Ducks in 2017-18, but has struggled with injuries and had recently been sidelined for an extended period of time.

A series of concussions limited Kase to playing just nine games for Boston — and just three this past season — after a trade to the Bruins that sent David Backes to the Ducks in February 2020.

Kase, from the Czech Republic, was drafted by Anaheim in the seventh round, 205th overall, in 2014 and has produced 43 goals and 97 points in 207 career games split between the Ducks and Bruins.

This report by The Canadian Press was first published July 30, 2021.