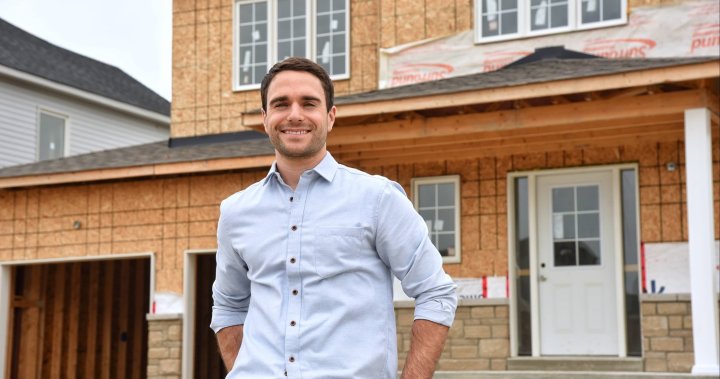 Canadian business sectors have struggled with staffing, and as provinces reopen from COVID-19 pandemic shutdowns, employers are going to extra lengths to find and keep their workers.

A July survey by staffing firm Robert Half suggests that employers are, in fact, pulling out the extra stops to attract talent. Forty per cent of respondents said they’re offering extra paid vacation, 37 per cent hope to persuade new hires with better job titles, while more than one-in-three are offering signing bonuses.

Read more:
Some salaries up ‘drastically’ as Canada feels impact of labour shortages

Thirty-year-old Ian Blechta’s first foray into homeownership is a three-bedroom, 1,550 square-foot house in Stayner, Ont. The plan is to move in, with his girlfriend, in September. Ian purchased the house pre-construction for about $500,000 and he says similar units now go for $640,000.

The engineer-in-training tells Global News he’s “excited” and “grateful” to reach this milestone that he’s dreamed about, thanks to the home purchasing program announced by his employer, land development firm Crozier and Associates.

The company offers up to $20,000 to employees who have been with Crozier for at least a year and requires them to commit to the firm for three years.

“We needed to prove to the bank that we could have 20 per cent down and it was the money from Crozier that made it possible,” Blechta said.

This is a significant incentive for residents, like Blechta, who live in the Collingwood, Ont., area, which has seen home prices climb 40 per cent from May 2020 to May 2021, according to the Canadian Real Estate Association (CREA).

Cash for homes is just one example of the creative lengths that employers are willing to go to keep workers and attract new hires during a labour shortage. Recruitment experts say the balance of power has shifted to workers in high-demand industries such as technology, food services and retail, who have plenty of job options to choose from.

Read more:
Most of Canada’s job losses are in part-time work. Why that may lead to labour shortages

Crozier President Nick Mocan told Global News his firm wanted to offer something that would make a meaningful difference.

“I was hearing stories of struggles, of frustration and the leadership team put our heads together to figure out how we can help our employees in their personal lives and solidify their ability to come to work day to day and really focus on their career,” he said.

The co-founder of Toronto-based software firm Lazer Technologies says it has to offer something unique to stand out in the tech world because there’s a global labour shortage for the types of workers it hopes to attract.

“It’s one of the toughest labour markets to hire great engineers and what makes it tougher for us is we’re looking for the top one per cent within that pool,” Arif Bhanji told Global News. “Our team of 60 people get multiple offers from Square, Shopify, Facebook, constantly, with numbers that are astronomical. But beyond that, what they really care about is flexibility.”

Bhanji says Lazer’s hybrid work model allows employees to work remotely from anywhere in the world, while also having the option to work in a “traveling office.” The plan is to keep the company headquartered in Toronto but move its secondary office to a new location four times a year.

“Our first country is Costa Rica, because we have a couple of team members that live there today. In addition, we’re planning on Uruguay, the U.A.E. and several other places in the U.S.,” he said.

He said employees in high-demand fields are looking for companies that offer more than just more money.

According to Bhanji, flexible work arrangements, a strong work culture and the ability to learn from more experienced co-workers on the job are paramount.