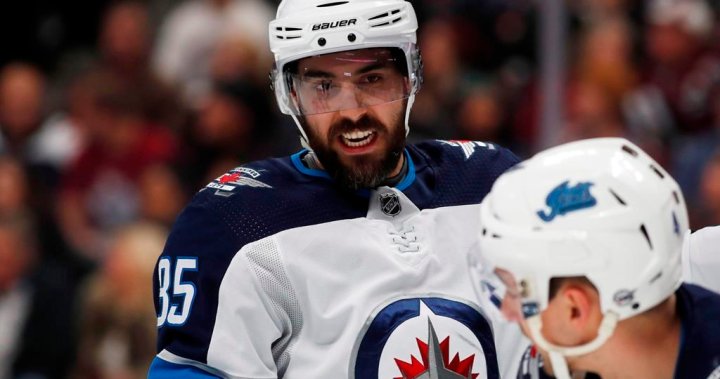 The free agent frenzy slowed down a touch on day two of the NHL’s open market, but another Jets player found a new landing spot, while a Manitoban found himself involved in a trade.

The Montreal Canadiens announced they’ve signed forward Mathieu Perreault to a one-year contract as the 33-year-old will now play for his hometown Habs.

The Canadiens have agreed to terms on a one-year contract with forward Mathieu Perreault.#GoHabsGohttps://t.co/fDcv1Rx3JQ

Perreault will earn $950,000 with his new contract, a sharp pay cut from the $4 million he earned last season in the final year of a four-year contract signed with the Jets.

Perreault is the sixth Jets’ player to sign a new contract with another team since free agency opened on Wednesday.

The Golden Knights thank Ryan Reaves for his dedication to our team and community during his time in our organization. Ryan’s personality and character will be missed and we wish him and his family the best of luck in New York. 🥊 #VegasBorn pic.twitter.com/3q0yiTaZzR

Reaves was sent to the big apple for the price of just a third round draft pick in the 2022 NHL Draft.

Read more:
Nate Schmidt is ready to reset and re-energize with the Winnipeg Jets