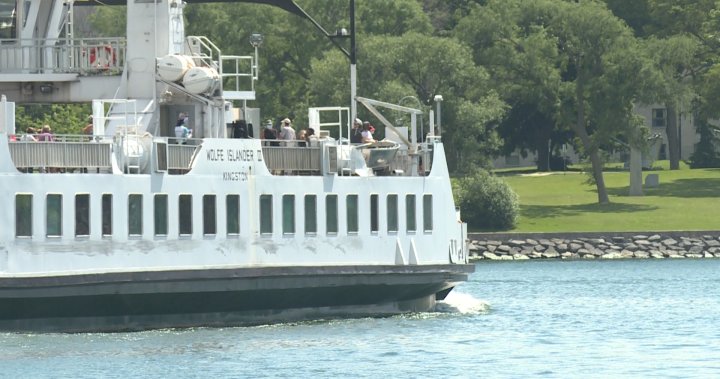 While the Wolfe Island ferry service is a part of daily life for many living and working on the island, commuters are facing delays due to construction.

The tourist season means even more people are crossing to and from the island, and a midday break in service is making wait times even longer.

Jason Pyke, a farmer who lives and works on Wolfe Island, says the delays are impacting his business.

“Businesses that we deal with that are coming to the island to do business and to pick up our grains, or to bring us inputs for our farm. And we find they get held up in that traffic jam as well with a lot of tourism traffic this time of year, a lot of cottages, that sort of thing,” says Pyke.

Some island residents are calling for the ferry schedule to be altered, reducing the service break in the middle of the day that sees no active ferry from 11 a.m. to 1 p.m.

Pyke suggests that perhaps the long break may be reduced to twice a week, rather than every day.

He goes on to acknowledge the difficulties that dock construction alongside a busy tourism season is causing.

“If there was some way that residents could have a separate lane, it’s very complicated especially now with new docks being built and the new ferry hopefully will be here next spring sort of thing,” says Pyke. “And the MTO has told us that they will run two ferries during peak periods, so we’re looking forward to that.”

The Ministry of Transportation (MTO) is urging ferry users to leave the terminal if lanes are full, as to not block traffic that spills on to Queen Street.

In a statement to Global News, MTO says, “the ministry is also encouraging and communicating to staff, construction workers and ferry users to walk-on the ferry when possible and utilize the shuttle that operates between the Dawson Point dock and Marysville.”

This solution still has limits, though, as there is restrictions on how many pedestrians are allowed on the ferry.