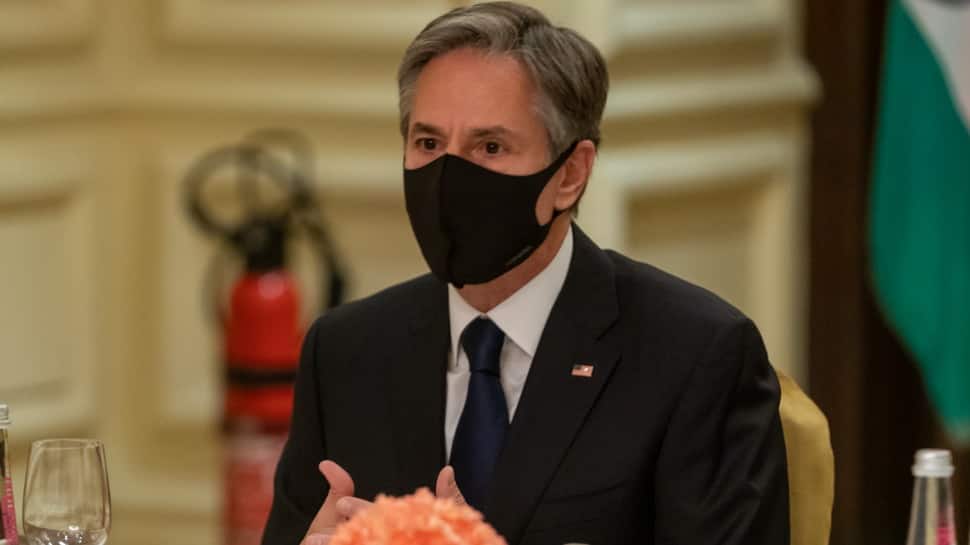 NEW DELHI: US Secretary of State Antony Blinken met with a representative of Tibet`s spiritual leader, the Dalai Lama, in New Delhi on Wednesday, a State Department spokesperson said, a move that is likely to provoke anger in China.

Blinken met briefly with Ngodup Dongchung, who serves as a representative of the Central Tibetan Administration (CTA), also known as the Tibetan government in exile, the spokesperson said.

Chinese troops seized Tibet in 1950 in what Beijing calls a “peaceful liberation”. In 1959, the Dalai Lama fled into exile in India following a failed uprising against Chinese rule.

The CTA and Tibetan advocacy groups have received a boost in international support in recent months amid rising criticism of China`s human rights record, particularly from the United States.

In November, Lobsang Sangay, the former head of the Tibetan government in exile, visited the White House, the first such visit in six decades.

A month later, the U.S. Congress passed the Tibet Policy and Support Act, which calls for the right of Tibetans to choose the successor to the Dalai Lama, and the establishment of a U.S. consulate in the Tibetan capital Lhasa.

Blinken`s meeting with Dongchung is the most significant contact with the Tibetan leadership since the Dalai Lama met then-president Barack Obama in Washington in 2016.

I was pleased to meet civil society leaders today. The U.S. and India share a commitment to democratic values; this is part of the bedrock of our relationship and reflective of India’s pluralistic society and history of harmony. Civil society helps advance these values. pic.twitter.com/5NL2WiQ13o

China`s foreign ministry did not immediately respond to a request for comment. Beijing says Tibet is a part of China and has labelled the Dalai Lama a dangerous separatist.

The two sides are expected to discuss supplies of COVID-19 vaccines, the security situation in Afghanistan, and India`s human rights record.
Speaking to a group of civil society leaders at a New Delhi hotel, Blinken said that the relationship between the United States and India was “one of the most important in the world”.

“The Indian people and the American people believe in human dignity and equality of opportunity, the rule of law, fundamental freedoms including freedom of religion and belief . . . these are the fundamental tenets of democracies like ours,” he said.

“And of course, both of our democracies are works in progress. As friends we talk about that.”

Indian foreign ministry sources said ahead of Blinken`s visit that the country was proud of its pluralistic traditions and happy to discuss the issue with him.

Modi`s government has faced allegations of suppressing dissent, pursuing divisive policies to appeal to its Hindu nationalist base and alienating Muslims, the country`s biggest minority.

Blinken arrived in India on Tuesday night and leaves for Kuwait later on Wednesday.