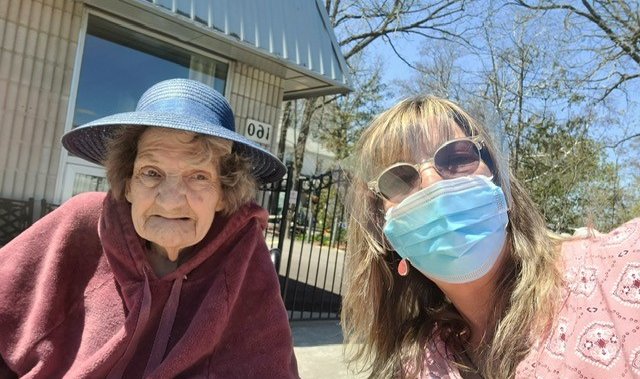 Maureen McDermott dreaded the day she could no longer care for her 91-year-old mother at home.

“My mom is the most important person in my life. I grew up with a very large family. I lost all four of my siblings and it was just her and I,” she said.

“I think there was a bit of denial and just hoping that it would stay the same. But, you know, conditions did get worse … it was becoming unsafe. So we had to make the decision that I swore I would never, ever do and put her into long-term care,” she recalled.

McDermott visited her mother at River Glen Haven (RGH) in Sutton, Ont., daily and cried, she said, each time she left.

“It was definitely worse than the day that she passed, unfortunately, handing her over, handing her care over to basically what looked like inside as an institution was the hardest thing that I ever had to do in my life,” McDermott said.

However, she said she was reassured that her mother was being well cared for and appreciated the flexibility the home offered.

“River Glen Haven was not first on our choices of long-term care, but I could walk in there at noon or midnight and the level of care she was receiving from the frontline workers was the level of care I would give. And it almost appeared that, you know, they just cared about her as much as I did,” she said.

It was in December 2019 and soon after Elsie settled that COVID-19 crept into long-term care homes across Ontario, and it was the most vulnerable that ended up being the most impacted by the virus.

Read more:
‘They are imprisoned’: Advocates call on Ontario to ease COVID-19 restrictions in LTC homes

“Then the lockdown happened. Even then, right at the beginning, we were, sort of, of the mindset going, ‘OK, this is being responsible, so will adhere to that, no problem,’ thinking it was going to be maybe a week or two. Well, we all know what happened,” she recalled.

“We all know that those turned into window visits. After that, the communication was cruel.”

A COVID-19 outbreak was declared at the facility and a total of 36 RGH residents died after contracting the virus. Dozens more fell sick with the virus, including staff. In late May 2020, Southlake Regional Health Centre took over temporary management of the home.

“I felt like she was safe where she was and then she wasn’t.”

That is when McDermott said the phone calls and emails started. She reached out to MPPs, MPs, and the Ontario minister of long-term care’s office. Then she took to Twitter where she posted videos outside her mother’s facility and messages.

“What I really quickly realized within this province is that we have no choices. There are no choices for home care that are accessible or affordable,” she said.

“The waitlists to get into more esthetically pleasing long-term care buildings was over two years. And there’s just no waiting … Alzheimer’s and dementia … they can’t be put on hold to wait for us to be accommodated

It would be more than 100 days before she was able to visit her mother again.

“The deterioration that happened was just absolutely heartbreaking. It was like 10 years happened in one hundred and six days,” she said.

“She lost her will to live. She didn’t want to live in that environment anymore.”

McDermott recently met with the new Long-Term Care Minister Rod Phillips through Zoom along with several other caregivers and advocates.

“I don’t envy him or anybody stepping into the role, in the mess, that was left by the previous minister, but I’m hopeful,” she said.

“He mentioned that he was fully vaccinated now and has passed two weeks from his second one and is intending on walking inside of long-term cares unannounced, which is huge applause from the caregiving community … Not two weeks to prepare and for everything to be shiny.”

In a statement, Phillips told Global News he has been meeting with various residents, staff and stakeholders, including McDermott, since he assumed his new portfolio.

“I appreciate all their ideas to improve long-term care for our elders,” he wrote.

“There is a tremendous amount of work to do as we rebuild and repair Ontario’s long-term care sector, including building 30,000 new beds in the next decade, increasing the average amount of direct care to four hours per day per resident and updating legislation with enhanced accountability measures to ensure residents receive the highest quality of care.”

McDermott said she is also pushing for caregivers to have a permanent voice in the long-term care of loved ones.

In May, McDermott’s mother Elsie died at age 93. Elsie survived COVID-19 but McDermott said the conditions the pandemic had created took a toll.

“All of it, the isolation, the broken Skype calls … to be denied access to love her and hold her and give her some hope, it was torture that only those who have experienced it would ever understand,” she said.

“She had wished to die. In fact, I found a wire coat hanger in her bed and she had scratches, and I feel that she was attempting to take her own life.”

Read more:
The Canadian long-term care dilemma — where are we headed?

In her mother’s memory, McDermott vowed to keep fighting for residents of long-term care in hopes of seeing changes to the system.

When it came to the situation at RGH, the chief operating officer of RGH’s parent company, ATK Care Group, issued a statement in response to the concerns.

“From our outbreak, there has been significant change, not only due to the directives implemented by the (Ontario) Ministry of Long Term Care, but also through the general changes in our society such as COVID-19 vaccines and through greater knowledge and understanding of the virus,” Jordan Kannampuzha wrote in part.

“River Glen Haven is proud to have over 80 per cent of our staff fully vaccinated and we continue to promote vaccinations for all staff, residents, caregivers, and community members … We do not admit a new resident to any room with more than one person in it.

“With these directives in place RGH will only have 77 residents instead of our normal occupancy of 119 residents. However, when it comes to staffing we continue to staff our home as if we were operating at our full 119 residents.”

Meanwhile, it’s been two months since McDermott lost her mother but she said the grief is still unbearable at times, recalling Elsie’s final moments.