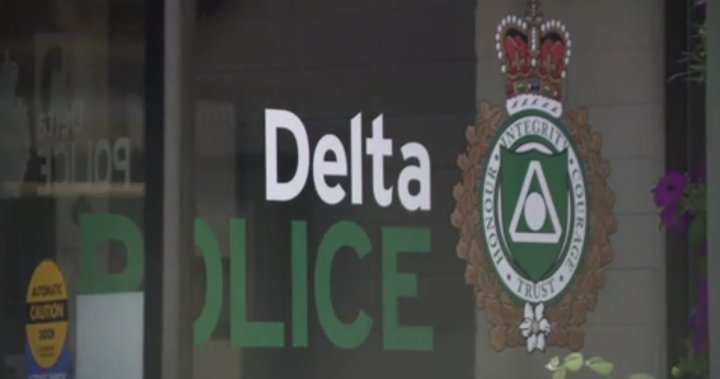 A city councillor is demanding answers to what happened behind the scenes at the Delta Police Department while it responded to a controversy involving the police chief’s wife.

Lois Jackson, Delta’s former mayor and a current city councillor, put forward a notice of motion at a council meeting on Monday night that calls for more information on the disclosure of invoices from a public relations firm that was hired to coach chief Neil Dubord and other high-ranking members of the force while Dubord’s wife was under a criminal investigation.

“People have wondered just what the truth is now and I guess that’s what I’m looking for,” Jackson said.

Jackson said she has heard from members of the public after a Global News investigation revealed how a communications firm Navigator was paid more than $43,000 to coach Dubord, Deputy Chief Norm Lipinski and members of the police board amid a criminal investigation into Lorraine Dubord spraying Surrey resident Kiran Sidhu with a hose.

“I’m alarmed that they received such detailed training for every aspect that that was happening at the time,” Sidhu said. “So not only for their media statements but also for their RCMP statements, which seems a little bit unethical to me.”

Global News was given access to some of the Navigator invoices, which were released seven months following a freedom of information request and an appeal to B.C.’s information and privacy commissioner after police refused to produce the documents.

A review of the Delta Police Department’s handling of the complaint found no misconduct on the part of the force or its senior officers.

The Office of the Police Complaint Commissioner said earlier this year that it did not support charges of neglect of duty and discreditable conduct against the force and two senior officers.

Charges against Lorraine Dubord were later resolved through a non-criminal process known as alternative measures.

Jackson’s notice of motion specifically asks that the Delta Police Department and the Delta Police Board “respond to the public‘s questions that members of the department stated they were arm’s length from proceedings when it appears they were not.”

“They’re saying that this is a private issue and FOI can’t let you know these things, et cetera, et cetera, and I have some real trouble with that,” Jackson said. “Government has got to be transparent and it’s got to be truthful.”

B.C.’s Office of the Police Complaint Commissioner said it “is aware of the recent reporting on this matter and are monitoring,” adding that “confidentiality provisions of the Police Act generally prohibits us from discussing specific investigations.”

Jackson also wants to know how many officers have left the force in recent months and their reason for departing. That issue and the crisis management coaching are expected on the agenda at Delta’s next council meeting on Aug. 9.