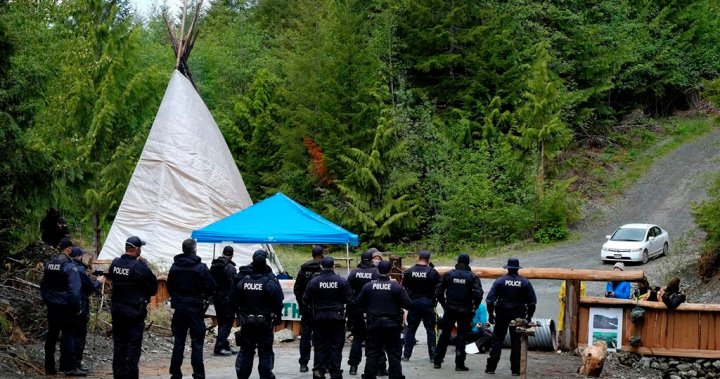 In a news release late Saturday, police say RCMP Chief Supt. John Brewer found the trees had been cut with chainsaws and laid across a road to block vehicle access.

It says one person was also found to be smoking a cigarette surrounded by dry and tinder forest.

The Fairy Creek Watershed area protesters known as the Rainforest Flying Squad did not immediately return request for comment.

The RCMP also say 16 people were arrested, including one for allegedly assaulting a police officer, bringing the total number of people to 494.

Last month, the B.C. government approved the request of three Vancouver Island First Nations and deferred logging of about 2,000 hectares of old-growth forest in the Fairy Creek and central Walbran areas for two years, but the protests are continuing.

This report by The Canadian Press was first published July 25, 2021.