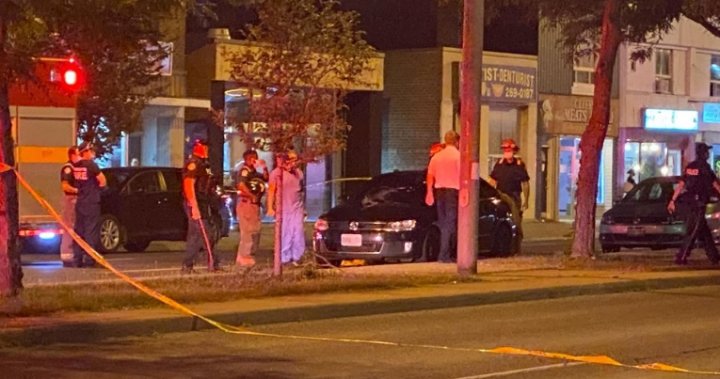 A man has died after he was hit by a car in Scarborough Friday evening, according to updates released by Toronto police.

Emergency crews were called to the westbound lanes of Kingston Road, just west of Midland Avenue, at around 9:10 p.m.

A message posted on the police service’s Twitter account said the man was hit and trapped underneath the car. The victim later died at the scene.

Officers blocked off Kingston Road at Kelsonia Avenue as investigators gathered evidence at the scene.

The circumstances leading up to the collision weren’t clear as of Friday night and it’s not clear what, if any, charges the driver of the vehicle might face.