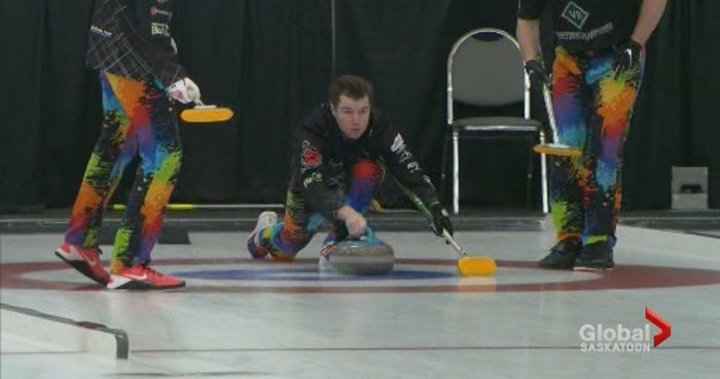 A new curling event featuring some of Western Canada’s best young players is coming to Saskatoon in 2022.

The Nutana Curling Club will play host to the first ever SGI CANADA Best of the West Championship April 22 to 24.

The event will feature the top under-30 women’s, men’s and doubles teams from Saskatchewan, Manitoba, Alberta and B.C. competing for nearly $40,000 in prize money.

Organizers say the goal is to give curling’s rising stars more opportunities to compete.

“On the elite side of things, there tends to be some (players) that go more towards club curling, which is never wrong but we just feel in order to rejuvenate and replenish the elite curlers that are eventually not going to be curling anymore, we need to start developing the younger ones,” event co-chair Rylan Kleiter said.

The Best of the West Championship will also feature some new format and rule changes:

Further rule and scoring tweaks will be announced in the lead-up to the event.

There are also plans to enhance the fan experience, bringing them closer to the action than typically seen at a club-hosted event.

“We’re planning on having an on-sheet bar and lounge area that will be right beside the feature sheet and we’re hoping to attract some younger fans and create an atmosphere out there for not only the athletes but also the fans and just have more engagement,” Kleiter said.

A full lineup of participating teams will be announced in the coming weeks, but Kleiter said the event is aimed at teams who are approaching the Grand Slam qualifying threshold or knocking on the door to get into the bigger money events on tour.

Each division will feature eight teams split into two pools. The top two teams in each pool will advance to the semifinals with the winners meeting in a championship final.

“There’s a need to create a big enough event that teams can afford to go play in, that makes it worth their time to play against good competition. It’s also going to be relatively close to everyone in the western part of the country, so that will be good to keep travel costs low for the up-and-coming teams who maybe don’t have the finances that some of the elite ones have,” Kleiter said.

Full event packages and single-draw tickets will go on sale at a future date.