Diversifying into films and dabbling in NFTs, Sukki ‘Singapora’ Menon is taking her burlesque moves and feminist views to a larger platform

Conservative is not a word you’d call Sukki Menon. That said, the 31-year-old — born to a Singaporean-Malayalee father and an English mother — hails from a hyper traditional family and is thankful for it.

Sukki Singapora, as she is known to her fans and critics, is a burlesque dancer striving for Asian representation and women’s empowerment through her performing art. She is also a Netflix star, who shot to prominence after appearing on the popular 2019 docuseries, Singapore Social. It has since led to movie offers and invites to Oscar parties. “Had my parents fully supported me [growing up], would I be as impassioned as I am?” she wonders out aloud, over a morning call from London. “Would I have had the angst, the fire in my belly, to take on a whole country, to travel the world and fight to make a difference for other young girls?”

Also read | Get ‘First Day First Show’, our weekly newsletter from the world of cinema, in your inbox. You can subscribe for free here

Because fight she did. First, she successfully campaigned for burlesque to be seen as a legitimate art form in Singapore. And now she’s her taking calling card of entertainer, feminist, activist and humanitarian across the world, to make inroads for brown performers. Perhaps why she isn’t too chuffed about being called Asia’s Dita Von Teese, who is one of the most popular modern burlesque stars.

“It is a compliment, of course; Dita is a queen and what she’s done for burlesque has been outstanding. However, I do think as Asian artists we need to stop saying we’re the Asian version of something western. It’s an antiquated statement that somehow lessens us and our achievements to a subversive colonial thinking,” she tells The Hindu Weekend. “It’s like saying Shah Rukh Khan is the Indian George Clooney. No, George Clooney is like the western SRK! In that vein, I guess you can just call me the Sukki of burlesque, because there’s only one me.” 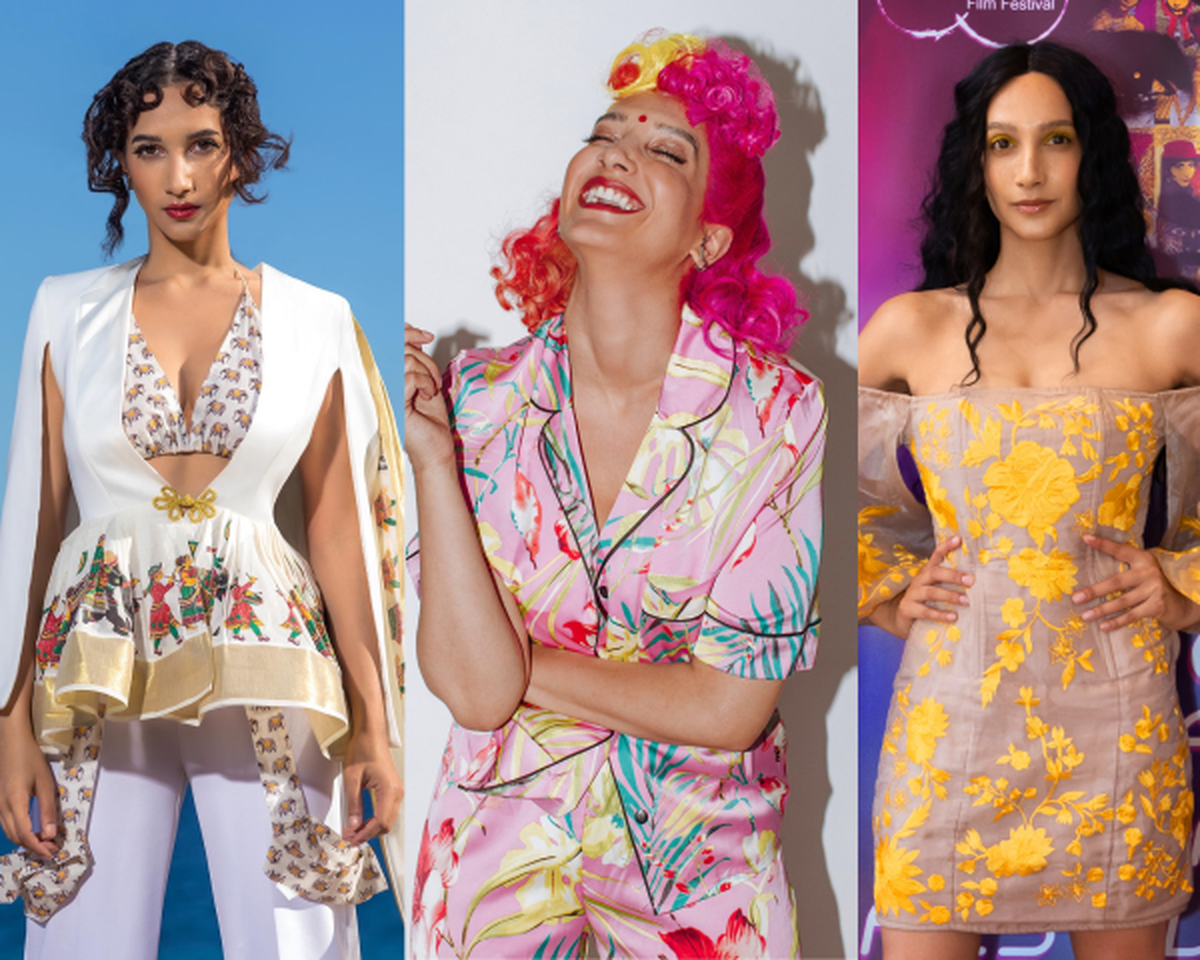 On social media and her global stages, Sukki is a bold siren, in touch with her sexuality; on Singapore Social, she carries forward this image, but tempered by rainbow-coloured hair and a ready laugh. And over the phone, she is friendly, chatty, and very much the girl next door who, come evening, cuddles her five cats and reads Robert A Heinlein.

Duality comes naturally to the multi-hyphenate who has, over the last decade, taken a sledgehammer to societal norms. But she’s quick to say, “I didn’t enter burlesque because I wanted to create a storm; I entered it because I wanted to push back on the expectations and conventions that I was experiencing in my life.”

As a third culture kid, growing up in Singapore, the UK and India, her journey has been tough. “My parents are both doctors, so there wasn’t an understanding of what arts was. They wanted me to follow in their footsteps and get a ‘stable, real job’,” she reminisces. But Sukki, who trained in classical ballet as a child, loved acting and singing, played the violin, and taught herself the piano, knew she “only came alive” when she did anything related to the arts. So, though she found a job in IT (because “luckily I have a dual brain; I am a nerd as well”), it didn’t last long.

She discovered the vintage fashion scene first — which helped her perfect the pin-up look that she pulls off even today — and, through it, heard about burlesque. “That’s when the transformation began,” she admits, adding with a laugh, “I was like a kettle about to whistle. I heard the word burlesque and it went boom.” The art form resonated with her not only because it celebrated female sensuality, something that had been seen as taboo when she was growing up, but also appealed to her childhood desire to be an artist. Today, her work has won her awards, an invitation to Buckingham Palace (in 2015), an opportunity to perform at the Burlesque Hall of Fame in Las Vegas (also in 2015), and a nomination for the UN Women’s He for She Awards (in 2016), the entity for gender equality. “I am not a femme fatale. I am nerdy, gawky, and a little bit geeky. But I guess I make being confident and sexy acceptable,” she says. “Women love to see real women shining. And that is what burlesque is. It is a safe space for women to celebrate other women, and also feel empowered themselves.”

Meanwhile, life, post Singapore Social, has “phenomenally changed” for her. “Being put on this platform that so many people have access to, I feel a massive responsibility to not just continue what I was doing in terms of women’s rights and my message, but also being mindful of the impact that I have as things grow for me,” she says. Sukki (and her Netflix cast) had just got a billboard in Times Square and attended the Oscars in Los Angeles, when the pandemic struck. “Until then my life was a case of flying around the world and performing in different cities.” Being homebound gave her time to spend with her family — who are finally turning a corner and accepting her career — and to create more video content. “2020 shifted my priorities. Everyone says it’s been the year of the pivot. I didn’t quite pivot, but it gave me the headspace to think. It showed me that television and film is the direction I want to go in,” she says.

Besides a Singapore Social reunion video that is coming out soon, she is also working on two film projects. “I won’t say too much about it right now, except that one is Indian and the other American.” What she can reveal is that she is working with acting coach Matthew Barry who has trained Hollywood A-listers such as Ryan Gosling and Emma Stone.

Covid permitting, Sukki also plans to make a trip to India in December. Malayalam may not be her strong suit, but she enjoys her visits to her family home in Annakara (two hours from Thrissur, in Kerala), which she calls very grounding. She was last there in October 2019, for her birthday, and, going by Instagram, had a blast hanging out with her cousins, and even making time for cows, her perfectly coiffed rainbow hair in place. She also gave a talk at the local school about being brave and following one’s heart. This time around, she hopes to make a bigger splash. “Brace yourself. I plan to bring burlesque there,” she concludes, with a laugh.