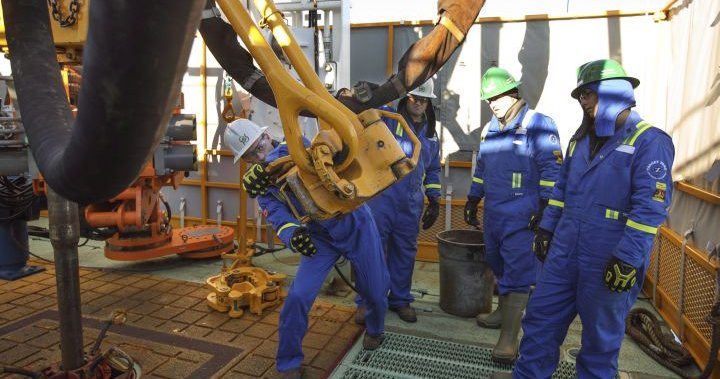 Precision Drilling Corp. tripled its Canadian rig count in the second quarter, even as its net loss surged to $75.9 million because of compensation charges.

But Precision’s revenues for the three months ended June 30 increased 6.1 per cent year-over-year to $201.4 million from $189.8 million, due to higher oil and natural gas prices and an improved outlook for the Canadian energy sector.

“We are at the beginning stages of what’s emerging as a strong industry recovery,” said chief executive Kevin Neveu in a conference call with analysts Thursday.

Precision, which is the largest drilling rig contractor in the country, currently has 52 operating drilling rigs in Canada compared to 13 this time last year, Neveu said. The current rig count exceeds both 2019 and 2018 levels.

“Unusually, we expect Precision’s Q3 total drilling days will exceed the Q1 winter drilling season. The only other time I’ve seen this happen was during the 2010 recovery following the global economic recession,” Neveu said.

In the U.S., drilling activity for Precision averaged 39 rigs in the second quarter, an increase of 6 rigs from the first quarter of 2021. Drilling rig utilization days increased by 30 per cent in the U.S., while international drilling activity decreased 21 per cent due to the expiration of drilling contracts.

Precision believes the rebound in Canadian customer demand so far this year is a “leading indicator” for similar improvements yet to come on the U.S. side of the border, Neveu said. He said energy companies in both countries have spent the past several years operating within a capital-constrained and fiscally disciplined framework, and now should be able to embark on drilling programs with only a modest increase in spending.

While Neveu said he believes the outlook for the next 12 months is exceptionally bright, particularly in the Canadian market, labour shortages have emerged as a significant challenge. He said some people who left the well service industry during the COVID-19 pandemic are reluctant to return. In addition, fly-in, fly-out workers from other parts of the country are not easily able to travel.

“The takeaway is that the labour tightness is significantly impacting the service industry and providing a meaningful backdrop for rate increases,” he said.

Watch below: Some Global News videos about drilling.