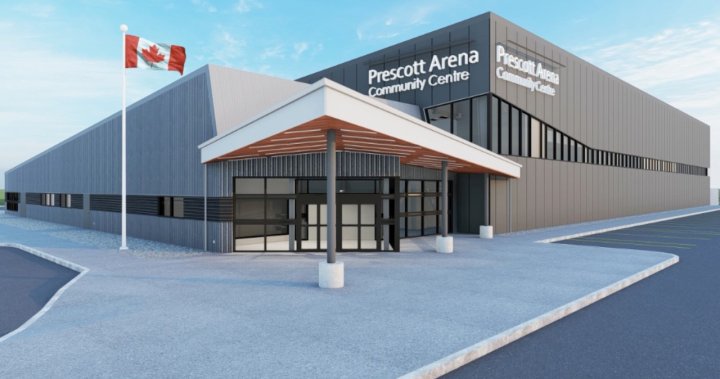 The new athletic complex in Prescott is one step closer to being built, despite the projected price being higher than expected.

“We were hoping between fourteen point five and 15, but that 14.5-15 million is a date that goes back to 2019. That’s pre-COVID. That’s pre-crazy markets, volatility. Steel has been really high, so we’re actually we’re very happy with where we’re at,” said Prescott’s Mayor, Brett Todd.

Read more:
Prescott, Ont., house with historic connection to the Battle of the Windmill goes on market

“We did have some money in reserve funds going towards infrastructure and the arena in particular. So we were really prepared for this, having that come in at seventeen point three million. So a little higher than we would have liked, of course, but we were expecting it and we are in a full position where we can go ahead, get the shovels in the ground and get this arena built,” the mayor explained.

The new complex will be built over the RCA baseball diamond in the north end of Prescott, with the new Alaine Chartrand Arena replacing the Leo Boivin Community Centre. Along with the rink, two new baseball diamonds, pickleball courts and soccer fields will also be added, and the annual Leo Boivin Midget tournament may finally be coming back home to Prescott.

The mayor forecasted the hike in price would be an “absolute zero addition” to the taxpayer’s bill because of private donations.

“Because of our smart planning, because of government grants, because of what we’ve put away and the private donations — which are now surging over three million dollars,” Todd said.

The ceremonial groundbreaking is set for the end of July, and construction is expected to be fully completed by February of next year.