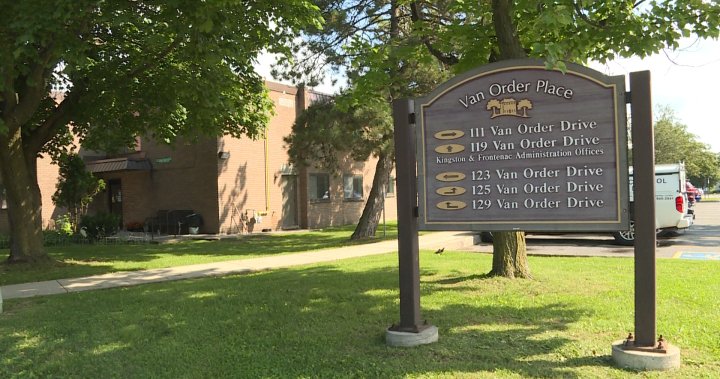 “Liveable, but the quality of life here is terrible….terrible,” said Pamela Horrocks, a tenant.

Residents at this complex say that the conditions have “always” been poor.

“When I was signing my lease, I was told I had to buy all new furniture because they had experienced bed bug issues in the past, so the bugs were already something that they were aware of before I even moved in. As someone who was homeless, I was just grateful to have a place to live” said Jessica Seaton, another tenant.

Pictures supplied by the tenants reveal a litany of concerns, including cockroach, and other bug infestations in the cups, on the walls, and even on toothbrushes.

Maintenance problems, and mail theft also join the lengthy list of complaints the tenants shared, which they say often leads to heated conversations with staff.

“I don’t feel safe. This light out here was out for a couple of years and they wouldn’t replace it so it was pitch black out here at night. It’s just the lack of getting things done that need to be done,” said Horrocks.

Blood stains are seen visible on a door and residents say that it’s from a stabbing that happened at the complex last April.

Seaton says the city’s property standards department has issued a notice to KFHC to deal with the bug and maintenance issues in her apartment, however Bylaw Enforcement told Global News that it won’t comment while the investigation is ongoing.

Housing authority CEO Mary Lynn Cousins Brame says as a non-profit organization, there is limited funding to work with, 70 per cent comes from the city of Kingston.

“We house some really vulnerable people in the city of Kingston, and for KFHC, often people think we provide social services, and a number of supports. But we’re a landlord, and our mandate is to be a landlord. So we’re dealing with the bricks and mortar,” said Brame.

Brame says though the housing corporation doesn’t have the financial means to install cameras in all of their buildings, all maintenance requests are being processed and completed.

“We have a limited number of staff, almost 1600 units, a limited budget. So we have to prioritize what maintenance issues are going to be done, and when. I think often that is difficult for tenants when they want to see results quickly,” said Brames.

Until all concerns surrounding maintenance, safety, and communication between staff and tenants, residents like Seaton say their mental health will continue to be impacted by the living conditions she described as “sub-standard.”