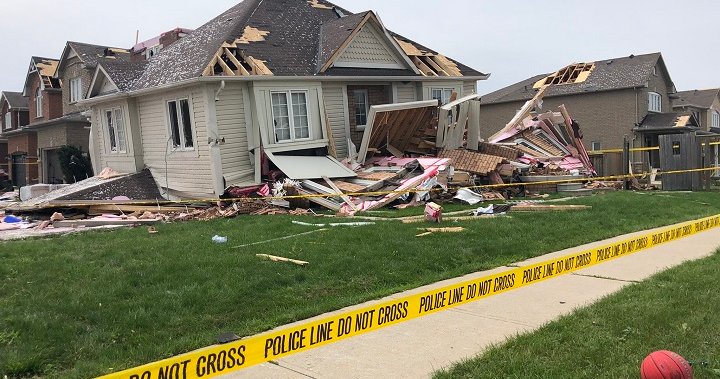 The organization run by Western University and social impact fund ImpactWX says in a series of tweets that the tornadoes all had maximum wind speeds in the EF2 range, which Environment Canada says is between 180 and 220 km/h.

The project says the tornadoes touched down in Barrie, Zephyr-Little Britain, Lorneville, Dwight and Lake Traverse between 2:30 and 5:10 p.m. local time.

The Barrie tornado at 2:30 p.m. was the most devastating with a wind speed of around 210 km/h and a track that was 12 kilometres long and 600 meters wide.

Barrie Mayor Jeff Lehman said Friday that more than 100 people had been displaced, at least 20 homes are uninhabitable and 10 people were taken to hospital because of the tornado.

The project says it tracks tornadic storms by using radar and when damage has been identified, scours satellite imagery to map out the tornado’s damage and deploys survey teams to collect drone and aircraft-based aerial imagery.