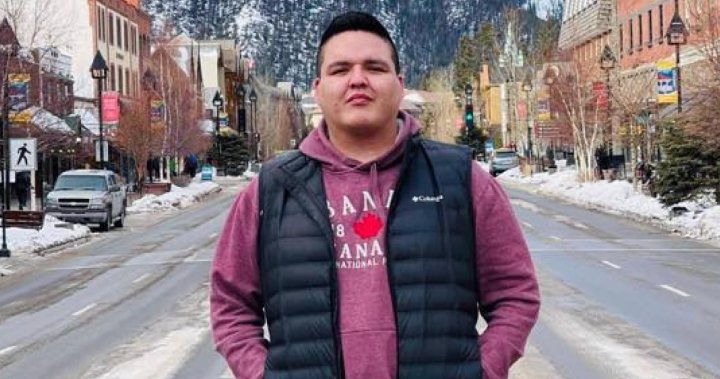 The half-brother of a man allegedly shot dead by a former RCMP officer is suing him, and the RCMP. Braden Herman, 26, was found in a wooded area in Prince Albert on May 11, 2021.

Bernie Herman, a 32-year member of the RCMP, was arrested shortly after and criminally charged with first-degree murder in Braden’s death. He has since pleaded not guilty.

The statement of claim was filed in at the Regina Court of Queen’s Bench Thursday. None of the allegations have been proven in court.

The statement of claim alleges former corporal Bernie Herman — no relation to the victim — murdered 26-year-old Braden Herman and RCMP is also responsible for his death.

The statement of claim also alleges the now resigned RCMP officer used his policing power to harass the 26-year-old for years, before the fatal shooting this May.

“Braden was frightened of him, and we believe we can establish had been beaten up by him,” said the family’s lawyer Tony Merchant.

“It certainly wasn’t coming (to Braden’s home) connection with law enforcement, Braden didn’t have any record, Braden wasn’t the subject ever of any investigation.”

Prince Albert police are investigating the criminal case. The accused was not on duty at the time, according to police. They said he left work in full uniform — including his duty belt — the afternoon Braden’s body was found.

The lawsuit alleges RCMP had a responsibility to keep its members from abusing power.

“Corporal Herman used his power as an RCMP officer, he used an RCMP vehicle, the murder was committed with an RCMP handgun, the murder was almost execution style,” said Merchant.

Bernie Herman resigned from the RCMP shortly after this case. He is currently out on bail. Braden’s half-brother said he’s angry his own family is now torn apart.

“It’s just really unfair, I’m angry but not much I can do about it,” he said, arguing officers should be equipped with body cams.

“If they were wearing body cams this probably would have never even happened,” he said.

“This is really unfair. I don’t know if we’ll ever find out the answers to what really happened.”

Global news reached out to RCMP and Bernie Herman’s lawyer for comment. Both declined to comment at this time.

None of the allegations in the lawsuit have been proven in court.