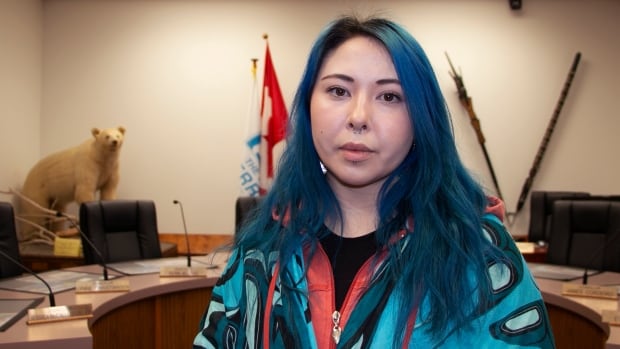 The first Indigenous person elected to city council in Terrace, B.C., says racist jokes and a complaint launched against her after she was interviewed about violence against women contributed to her decision to leave politics.

Jessica McCallum-Miller, 27, was elected to council in 2018, at the age of 25. She says her young age, along with her Gitxsan, Nisga’a and Tsimshian heritage made her feel alone when tackling issues relating to women and Indigenous people in the community.

“I felt unheard. I felt spoken over. I questioned whether truth and reconciliation was being honoured or was a priority for our community,” she said in a statement posted to Facebook in February when she announced her resignation.

“It is my personal belief that systemic and internalized racism, as well as sexism, had played a role in the inability of my colleagues to respect and understand my personal and diverse perspectives.”

The first Indigenous woman to be elected to city council in Terrace, B.C. is stepping down, citing the mental and spiritual hardships including roadblocks in getting council to take action on reconciliation<br><br>Content warning, self-harm <a href=”https://t.co/7USbn84eyd”>pic.twitter.com/7USbn84eyd</a>

She also said she had experienced anxiety and suicidal thoughts, and she would be taking time away from the public eye to help her heal.

Now, five months later, McCallum-Miller is providing more details about some of the events that prompted her to step away from city politics.

Among them was the backlash she received after being interviewed by CBC for a series about domestic violence.

In the piece, McCallum-Miller spoke about her background working in the donation room of a women’s shelter in Terrace, helping people fleeing violence. That experience, she said, helped prompt her move into politics.

She had hoped she would be supported by other councillors for speaking about her personal experiences. Instead, she said, she was subject to a meeting in the mayor’s office and a complaint from another councillor.

McCallum-Miller believes she came under fire because the story drew a link between an influx of transient resource workers and the potential for violence against women.

As first reported by the online news outlet, The Tyee, details of the complaint have not been made public but Terrace Mayor Carol Leclerc said McCallum-Miller violated council’s code of ethics by being interviewed in council chambers, which could make it appear as if she was expressing the opinion of council as opposed to her personal views. It was also suggested McCallum-Miller go on paid leave.

McCallum-Miller said she had sought permission to use council chambers and, even if the move was a violation of policy, the idea of an investigation and leave felt like an overreaction.”I felt very silenced… I felt I couldn’t give a voice to those issues, and that’s the entire reason I got into the political field,” McCallum-Miller said.

Listen | Jessica McCallum-Miller speaks about her decision to leave politics

Jessica McCallum-Miller speaks with CBC Daybreak North host Carolina de Ryk about her decision to step away from politics. 12:01

When McCallum-Miller resigned in February, Leclerc thanked her for her “honesty, dedication and thoughtfulness” and requested that the B.C.’s Office of the Ombudsperson launch a review into how council could be more inclusive. That request was denied, and the city was instead directed to training resources available through other organizations.

Leclerc did not respond to a request to be interviewed by CBC about the complaint filed against McCallum-Miller, or the suggestion she go on leave.

McCallum-Miller said she also encountered smaller, but just as frustrating, obstacles during her time on council. As the youngest person at the table she was often the last asked to speak during council meetings which, she said, meant “decisions were basically” made by the time she was able to weigh in. She also said she was shocked to hear racist remarks and jokes about Indigenous people following meetings, though she declined to give details, citing a desire to avoid creating more animosity.

“But what was said was very derogatory … and I was one of the only people to take offence,” she said. “Just small things like that continued on…. So spiritually, emotionally, I couldn’t take having to explain over and over again why those comments were unacceptable.

“That’s my family they’re talking about. It hurts.” 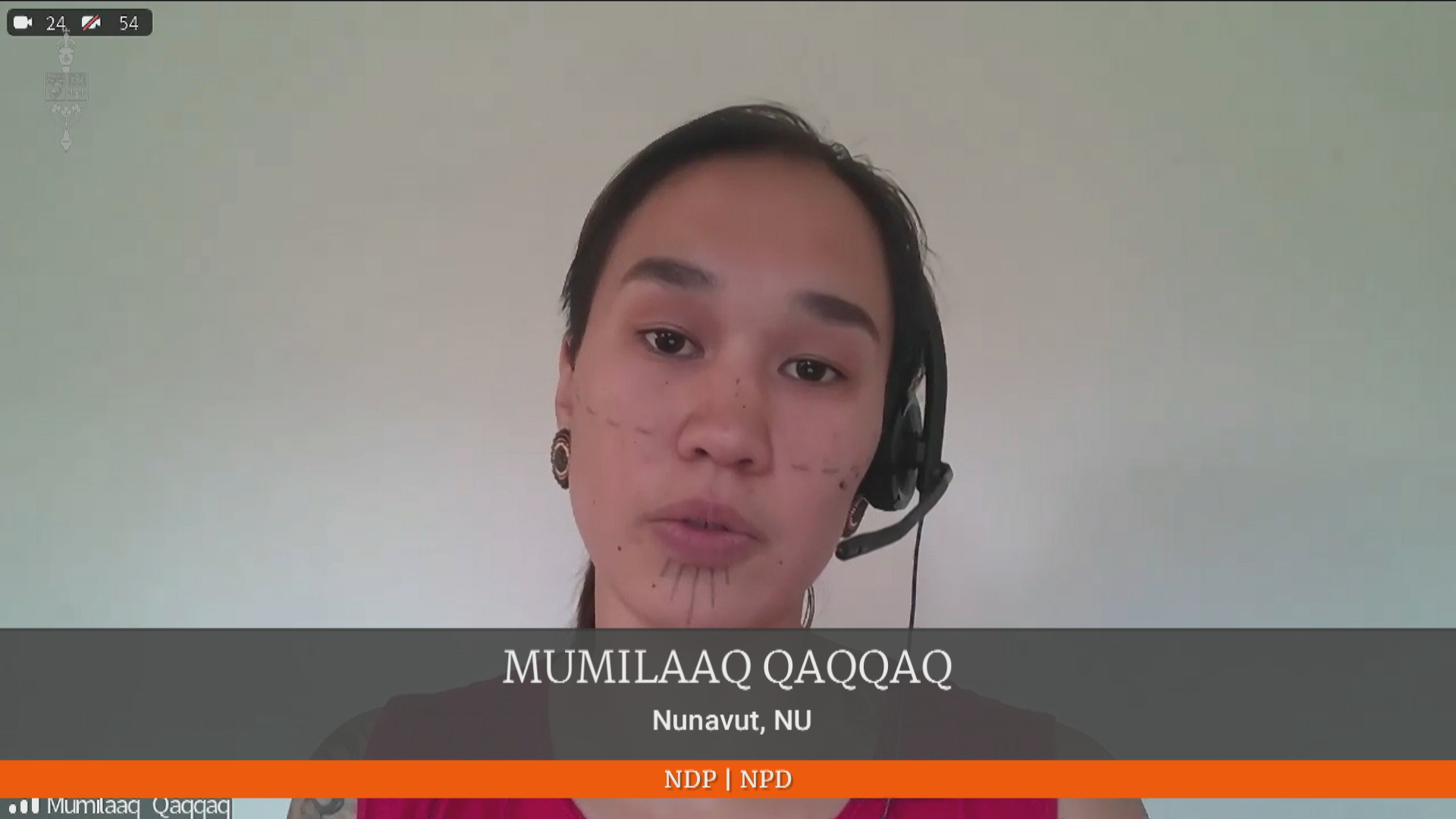 In a farewell speech to the House of Commons Tuesday, Mumilaaq Qaqqaq, the New Democrat MP for Nunavut, said she was racially profiled during her time in Ottawa and was constantly reminded that she didn’t belong there. 10:01

McCallum-Miller is not the only Indigenous woman to step away from politics in recent months. MPs Jody Wilson-Raybould and Mumilaaq Qaqqaq have both cited a dysfunctional political system that is unwelcoming to Indigenous people and women as reasons they won’t be running for re-election.

McCallum-Miller said resigning from council was the hardest decisions she’s ever made, but  five months on she is confident she made the right decision and — like Wilson-Raybould and Qaqqaq — believes she can effect more positive campaign as a grassroots campaigner than an elected politician.

“When we’re walking away from positions like that it just means that we’re strengthening our own power as women, as leaders.”