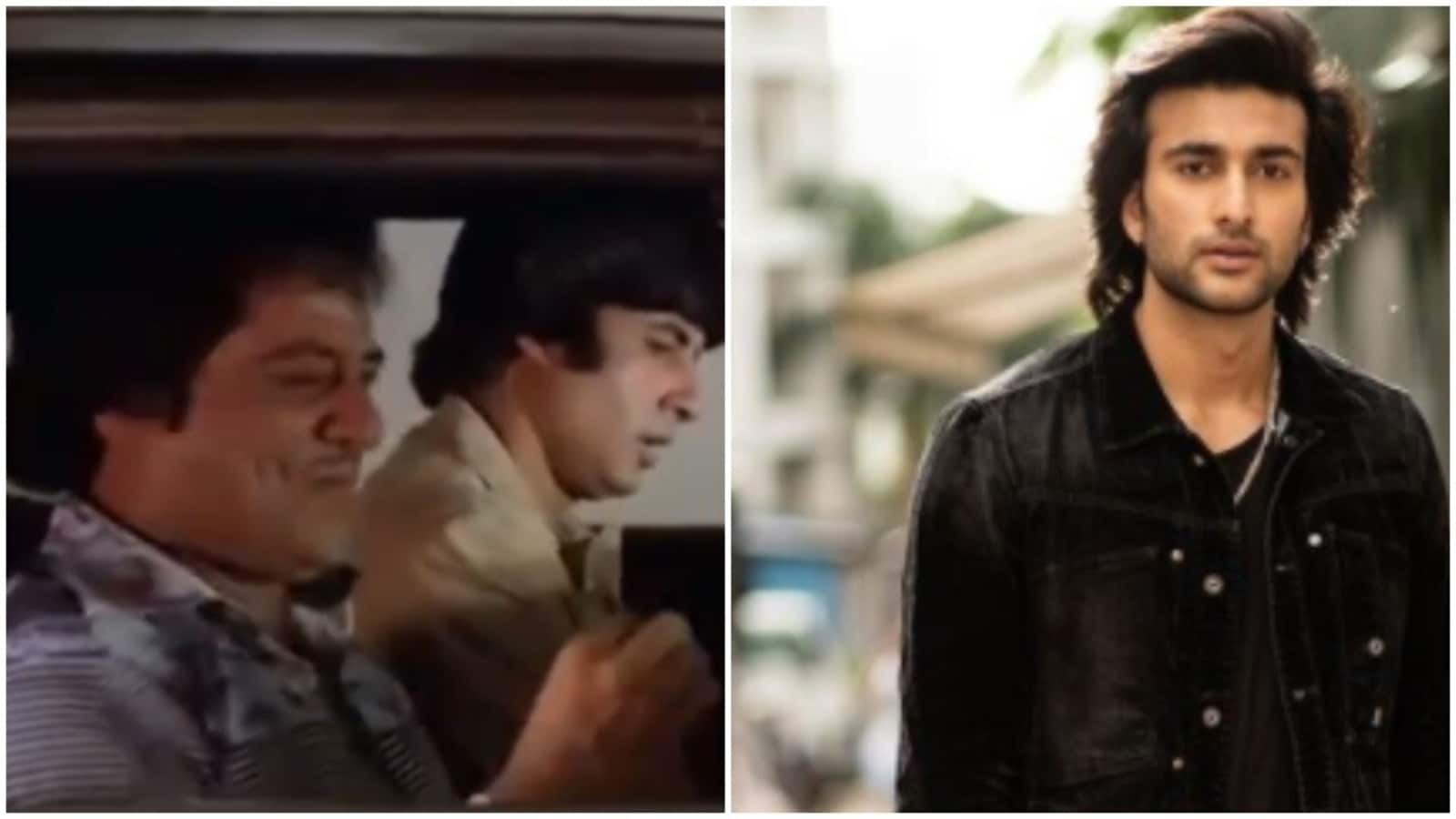 Actor Meezaan remembered his grandfather, late actor Jagdeep on his first death anniversary. He took to Instagram and shared a clip of Jagdeep and Amitabh Bachchan from the movie Kaalia.

Sharing the clip. Meezaan said that the world will always remember him for his ‘work and the legacy (he’s) left behind’. He also said that the video clip is one of his ‘few favourite scenes’ of Jagdeep. In the clip, Jagdeep essays the role of a car showroom dealer who praises a car model and asks his customer, Amitabh Bachchan, to take it for a test drive.

Meezaan captioned the post, “Its been a year since dada has passed. It feels weird to think about it sometimes. From the motivation to the constant positivity, from the unlimited stories to the unbelievable wisdom, there was much to learn from you and much to share.”

“I guess ill remember you through all the good times we had but the world will always remember you though your work and the legacy you left behind. This is from one of my few favorite scenes that he did and i just thought ill share it with you guys. Crazy how you feel and value the presence of someone once they’re not there. I guess that’s one of life’s many mysteries. To the man who dedicated his life only to his ma and cinema #jagdeep,” he concluded.

Fans took to the comments section and showered the post with love. A fan wrote, “Legends never die they r always in r (heart emoji) n memories…” Another said, “RIP one of the finest actors of bollywood.” “The void remains empty forever and on one can replace thier place,” said a third. A few other fans commented, “REALLY WE ALL MISS THIS LEGEND”, “he was an amazing actor” and “legend”.

Meezaan recently opened up about his relationship with his grandfather. He told Indian Express, “It has been a very open relationship. He spoke about his experiences. The beauty of knowing those experiences was that he would tell them in a fun manner…How to behave on a set, what to observe on the sets, and how to behave with the directors and so on, he told me through his experiences with Amitabh Bachchan, Bimal Roy, K Asif, Dilip Kumar, Guru Dutt and others. It really takes your vision to another level. You are getting to hear stories that no one will ever know. It’s like he was a secret archive of India’s film history. And I was the lucky one to have access to it. I feel very fortunate to have been born in such a family where I have had one-on-one learning from Jagdeep and Jaaved Jaaferi.”

Meanwhile, Meezan will be seen next in the upcoming film Hungama 2, set to release on Disney+ Hotstar on July 23. The much-awaited song Chura Ke Dil Mera 2.0 featuring actor Shilpa Shetty Kundra and him was recently released. The song is the revamped version of the 90s iconic song that originally starred Akshay Kumar and Shilpa.