The institute, now with 16 branches around the world, has planned monthly schedules of performances, panel discussions and interviews with experts in Kathak and allied dance forms, as well as its own senior members. The events will aim to bring out the salient features of founder Rohini’s distinctive Kathak style, which is known for its depth and texture as well as a thoroughly academic approach. Trained under gurus like Lachhu Maharaj of the Lucknow Gharana and Mohanrao Kalyanpurkar of the Jaipur Gharana, Rohini codified a comprehensive curriculum for Kathak that drew from both these traditions.

Rohini, who passed away in 2008, was a dancer, choreographer, teacher and scholar who took a holistic view of Indian culture and aesthetics. Her approach to abhinaya was analytical and her choreographic works, shaped by her understanding of music — in particular, the structure and aesthetics of talas — and literature, bear a distinct stamp.

Groomed in Hindustani music by Keshav Rao Bhole and Vasantrao Deshpande, Rohini mostly composed music herself for her dance creations. and had a knack for choosing the most appropriate ragas and talas. She enhanced Kathak’s repertoire with a large corpus of works, often adapting oral tradition, and her productions included traditional solos, group choreography, dance-dramas, films and plays, and works on abstract concepts like time and panch-tanmatra, exploring the essence of the five cosmic elements.

A recipient of many honours, including the Sangeet Natak Akademi Award, Kalidas Samman and Maharashtra Gaurav Puraskar, Rohini was nominated a Fellow of Sangeet Natak Akademi in 2006. She authored a number of books, including Majhi Nritya-Sadhana, a Marathi translation of Isadora Duncan’s autobiography; Kathak Darpan Deepika, an edited version of Nandikeshvara’s Sanskrit treatise Abhinaya Darpana; and finally, Laheja, which covers her own creative endeavours and insights. 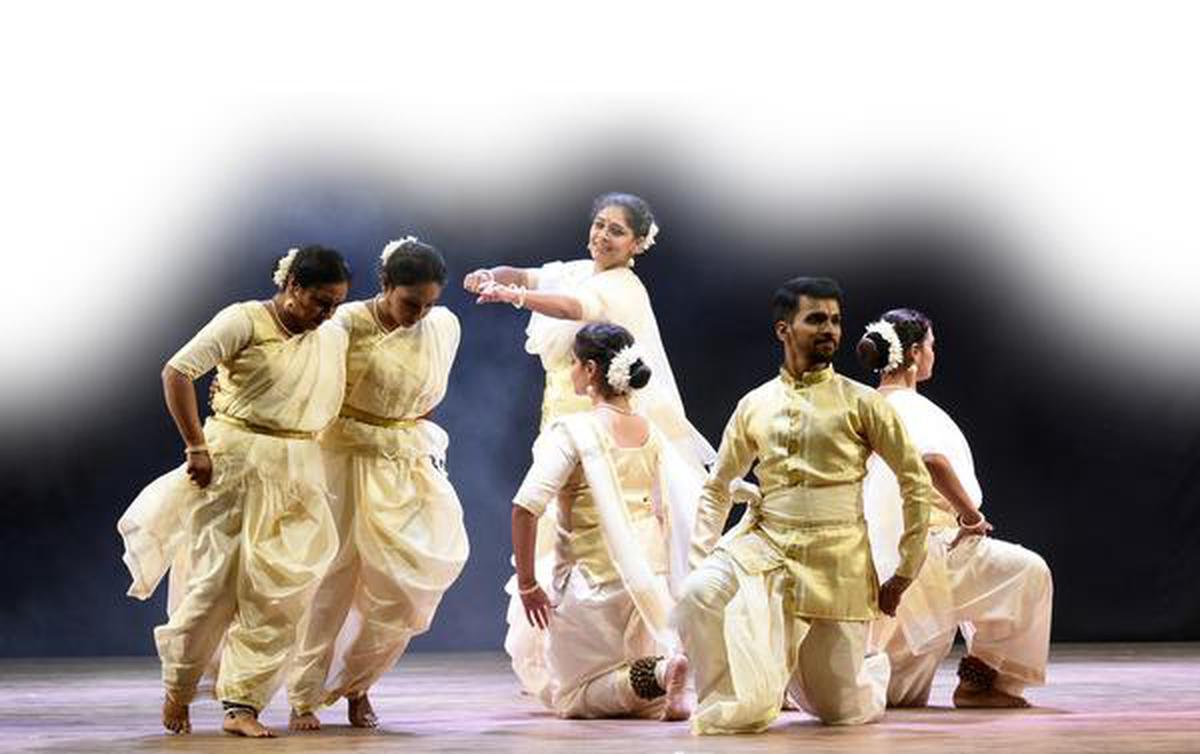 Rohini used to say, “Dance doesn’t signify merely pleasure nor fascinating physical activity. It awakens the soul and arouses a sense of elation rarely experienced otherwise. What is dance if not prayer?” She was respected beyond the world of Kathak, and the late Bharatanatyam exponent and guru Kalanidhi Narayanan grew close to her after Kamaladevi Chattopadhyay, the then chairperson of Sangeet Natak Akademi, commissioned the two of them to work together on abhinaya padas in their respective dance forms. Kalanidhi said of Rohini, “She is a magician of rhythm, who imparts an appearance of substance to the unsubstantial.”

Nrityabharati’s festivities will be held online, with the opening event, titled ‘Smruti Gandha’ (Fragrant Memories), showcasing an edited version of the golden jubilee celebrations from their archives.

This will be a rare opportunity to watch Bhate’s performances and her compositions presented by senior disciples, most of who are now accomplished soloists, teachers, choreographers and researchers. ‘Smruti Gandha’ will be streamed from 7 p.m. to 8.15 p.m. on July 10, the institute’s foundation day, on its Facebook page .