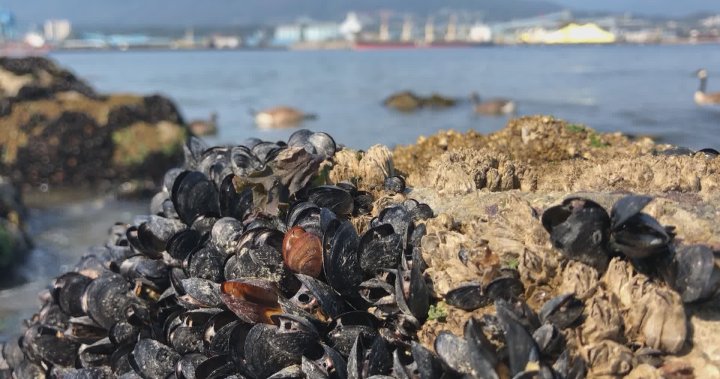 As many as one billion seashore animals along the Salish Sea may have died as a result of the heat wave in British Columbia.

Researchers at the University of British Columbia say the heat caused a mass die-off of creatures like sea snails and sea stars, as well as mollusks like clams and mussels.

Chris Harley, a professor with UBC’s Department of Zoology, said large quantities of dead sea life were spotted at beaches across Metro Vancouver.

“As far as I’m aware, and this is also from talking to people who’ve lived in Vancouver for decades, no one has seen anything like this around Vancouver in their lifetimes,” he said.

Harley said people near local beaches could smell the dead seashore creatures before they could see them.

“When you have a big die-off like this, the scavengers can’t eat them quickly enough to process all of that extra meat and so it just sits rotting in the sun,” he said.

“So if you have been to a local beach in the past week or two and noticed that awful low-tide smell multiplied by 100, that’s the smell of all the animals that have just died.”

Harley estimates that more than a billion seashore animals died along the Salish Sea coastline amid record temperatures.

“I started doing some back-of-the-envelope calculations on that,” he said. “You can think about something the size of your stovetop can fit about 2,000 mussels. And if you think about how many stovetops might fit in Stanley Park and then how many Stanley Parks might fit in the Salish Sea, it was probably over a billion animals of all the various species that died.

“Now, that number might be off — it might be low, it might be high — but whatever the true number is, it’s very large. This was a very unusual event.”

— with files from Ted Chernecki