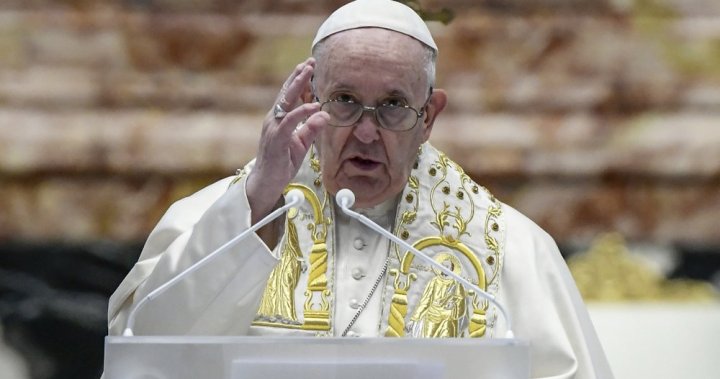 After calls from the Federation of Sovereign Indigenous Nation (FSIN) to raise money for residential school survivors, the Catholic Bishops of Saskatchewan said on Saturday they will be announcing a plan soon about fundraising efforts.

“(We) have begun consultations this past week towards a province-wide fundraising effort, which we would each undertake in ways discerned in our respective dioceses,” a letter stated.

“To maximize the effectiveness of such an effort, it is important to plan well and to coordinate the efforts of various potential participants, and most importantly, to consult with Indigenous dialogue partners, including Survivors, Elders, Knowledge Keepers and Chiefs.

“We have heard the strong request, from Indigenous and non-Indigenous people in various quarters, to initiate a new fundraising campaign to support survivors and engage more deeply in our own ongoing commitment and response to the Truth and Reconciliation process,” the letter added.

1:35
Backpack display in Regina in memory unmarked graves at residential schools being donated

The letter said more details would be provided in the future.

The letter said this support and future campaign “could take the shape” of supporting location projects of the Assembly of First Nation’s and “responding locally” to the Truth and Reconciliation Calls to Action that involve financial commitment, specifically #61, 73-76 and 82.

Meanwhile, the FSIN renewed calls for the Pope to apologize for the church’s role in the residential school system on Sunday.

Read more:
Archbishop of Regina apologizes after the discovery of an estimated 751 unmarked graves

The executive also called on the Catholic Church once again to provide compensation for residential school survivors “for the historical harms and crimes committed against them by the church, priests, nuns and clergy.”

“Acts of genocide occurred at the hands of Catholic Church clergy men and women. Our children that never made it home are now speaking to us; they are crying ‘they found us’ and we will not stop until they receive the justice that they have been waiting decades for,” FSIN Chief Bobby Cameron said in a statement.

“The Church must also follow through with their vows to raise $25 million as once committed for these survivors and their descendants,” Cameron added.