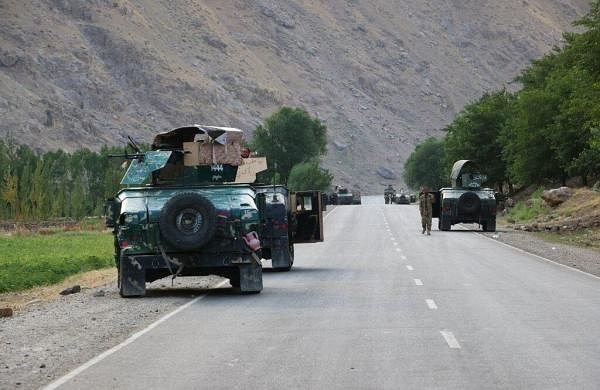 MOSCOW: The talks being held between Russia and Afghanistan aim to reach a shared understanding of the threats faced by both countries, rather than secure supplies of weapons, said the Afghan president’s National Security Adviser (NSA), Hamdullah Mohib.

Last week, Mohib arrived in Russia for talks with the head of Russia’s national security committee, Nikolai Patrushev. The leaders discussed the peace process in Afghanistan and cooperation between intelligence and law enforcement agencies of the two countries.

“We are not talking about military support in that nature, but what we had our discussions about is how do we have a shared vision and shared understanding of the threats that we are all faced with, Afghanistan and the region,” Sputnik reported, citing Mohib.

The Afghan security adviser further said that the understanding between the two countries could include sharing information as well as technical capabilities.

“But it does not need to be the kind of support that everybody is thinking about, perhaps. We, in Afghanistan, are not seeking for someone else to intervene,” he said.

The talks between the two countries come amid the withdrawal of troops by foreign forces from the war-torn country. Afghanistan is witnessing a surge in violence as the Taliban has intensified its offensive against civilians and Afghan defence and security forces.

Speaking about the withdrawal of troops, Mohib said US troops pull-out from Afghanistan presented the government with an opportunity to join forces with Russia and regional powers to deal with the extremist threat “in a more collaborative manner”.

Earlier on July 2, Nikolai Patrushev and Hamdullah Mohib had held a meeting wherein they focused on the security situation in Afghanistan in light of the withdrawal of Western military contingents and the escalation of the military and political situation in the north of the Islamic Republic of Iran, the Russian Security Council had said in a statement reported Sputnik.Mohib and Patrushev had discussed prospects for increasing cooperation on matters of peace, security counter-terrorism and counter-narcotics between two governments, including inter-ministerial consultations, the Office of National Security Council, Afghanistan said in a statement.They agreed that efforts to spread insecurity in the north threaten the interests of Afghanistan, Russia and Central Asian states.