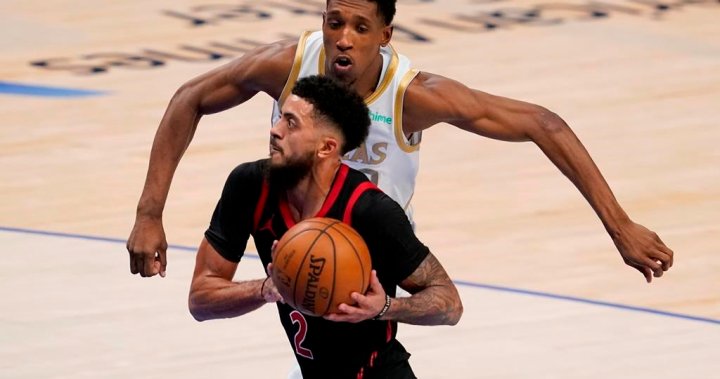 Toronto Raptors guard Jalen Harris has been “dismissed and disqualified” from the NBA for violating the terms of the NBA/NBPA anti-drug program.

The NBA made the announcement on Thursday.

Under the anti-drug program, Harris, as a first-year player, is eligible to apply for reinstatement in one year.

4:13
Raptors Superfan Nav Bhatia on his induction into the Basketball Hall of Fame

It is unknown which drug Harris tested positive for.

The league went on to add the NBA, NBA teams, and the National Basketball Players Association are prohibited from publicly disclosing information regarding the testing or treatment of any player under the anti-drug program, other than to announce a player’s suspension or dismissal from the league.

The Raptors selected the 22-year-old Harris in the second round, 59th overall, in the 2020 NBA Draft.

This report by The Canadian Press was first published July 1, 2021.