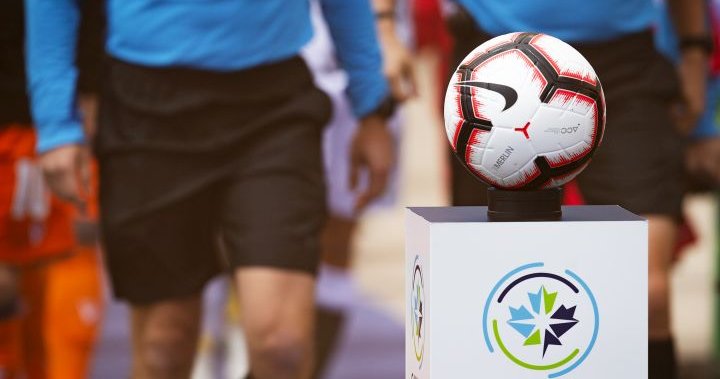 A pair of late goals Thursday night saw FC Edmonton secure the club’s first win of the season, and first win since the team’s inaugural season in the Canadian Premier League.

The Eddies won 2-0 over Forge FC at IG Field in Winnipeg thanks to late strikes from midfielder Ramón Soria and defender Jeannot Esua.

Esua put the ball in the net in stoppage time. Goalkeeper Connor James earned the clean sheet for Edmonton.

The win is the Eddies’ first under new coach Alan Koch.

FC Edmonton’s record on the season now improves to 1-0-1 while Forge FC, who won the CPL championship last season, fall to 0-0-2.

While FC Edmonton outshot Forge FC 13 to 8 and had four shots on target as compared to two from Forge FC, the Hamilton side dominated in possession at 58.8 per cent.

FC Edmonton’s next match will be Sunday against York United.

Watch below: Some Global News videos about FC Edmonton.