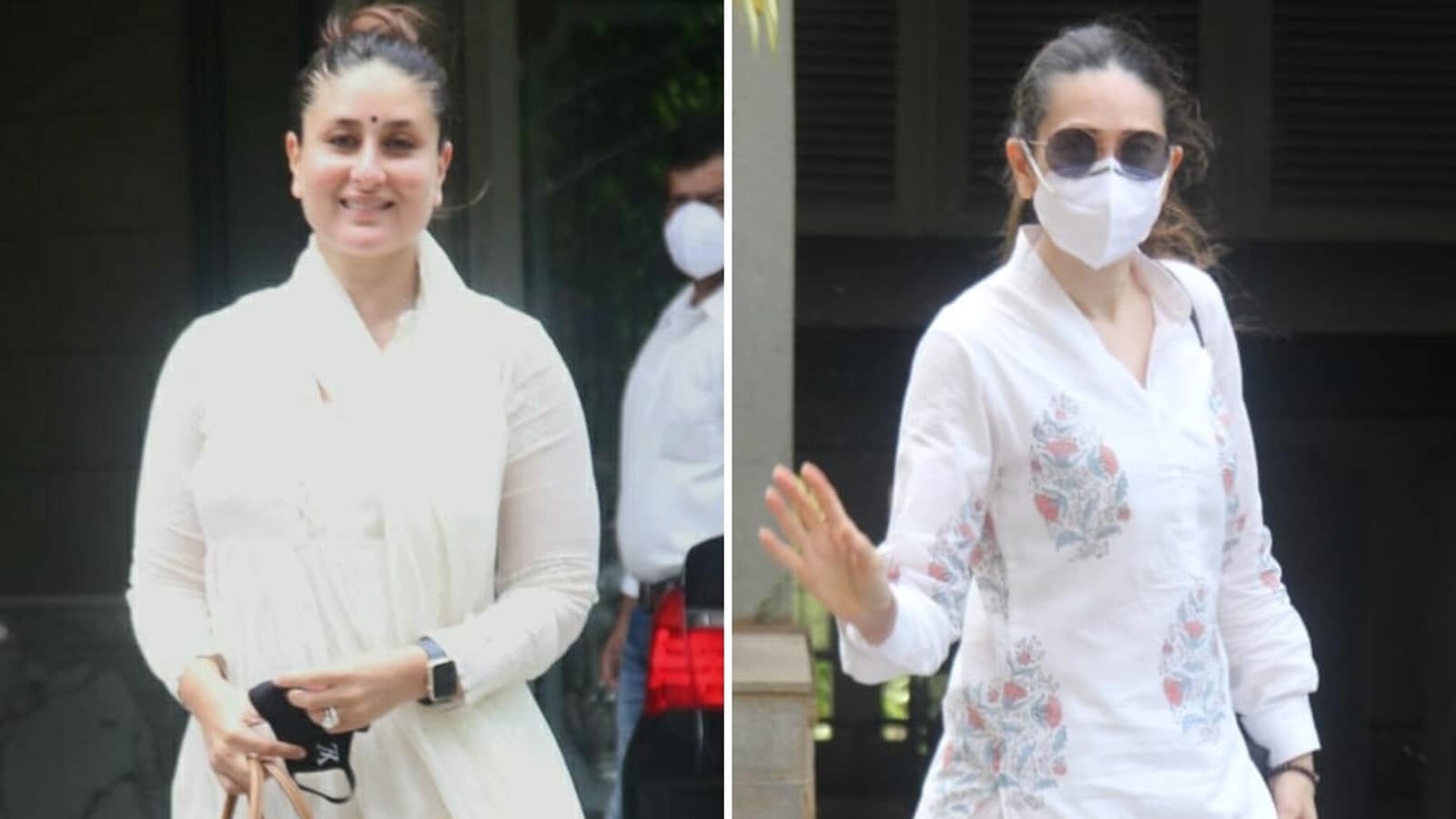 A video of Kareena Kapoor reaching Randhir Kapoor’s new house was shared on Instagram by a paparazzo account. She wore a simple white anarkali suit with her hair tied up in a bun. She took off her mask and posed for pictures, before heading inside. A picture of Karisma Kapoor dressed in a white salwar kameez, and Neetu Kapoor wearing a pink one, was also posted.

Earlier this year, Randhir was diagnosed with Covid-19 and admitted to the Intensive Care Unit (ICU) of a hospital in Mumbai. He, however, did not require oxygen support and was discharged in a few days.

Recently, Randhir said that he will be selling his ancestral home in the Chembur area of Mumbai to move closer to his estranged wife Babita Kapoor and their daughters, Kareena and Karisma.

Kareena welcomed her second child, a baby boy, with her husband Saif Ali Khan in February. While she has shared partial glimpses of the little one in her Instagram posts, his face and name are yet to be revealed. Saif and Kareena also have a four-year-old son named Taimur Ali Khan.

Also see: Dilip Joshi says he had no work for over a year before Taarak Mehta Ka Ooltah Chashmah. Watch video

Kareena will be seen next in Laal Singh Chaddha, starring Aamir Khan in the titular role. They will reunite on screen after nearly a decade; their last release together was Talaash: The Answer Lies Within in 2012.

Directed by Advait Chandan of Secret Superstar fame, Laal Singh Chaddha is a remake of the Hollywood film Forrest Gump. It is scheduled for a theatrical release this Christmas.