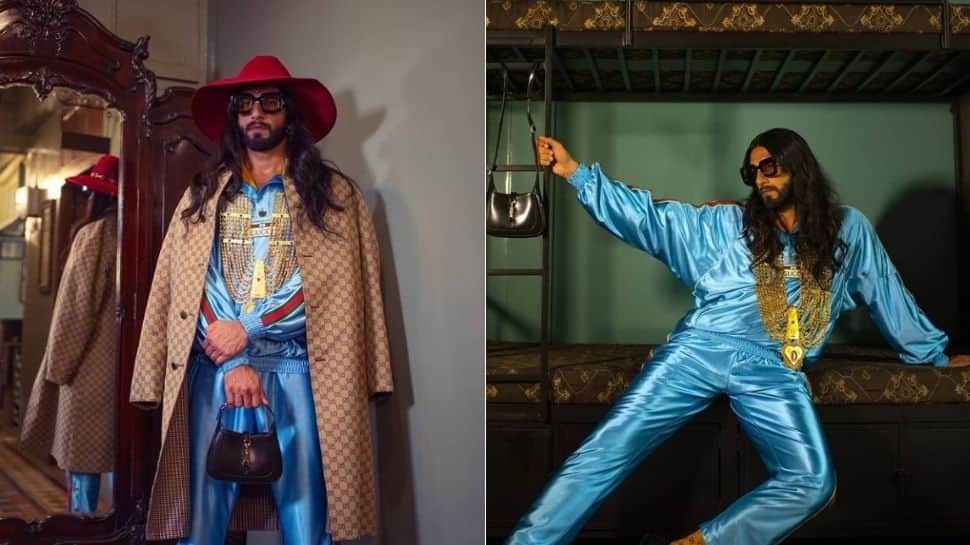 New Delhi: On Wednesday (June 30), actor Ranveer Singh bid goodbye to the month of June with a killer Gucci clad photoshoot and gave tough competition to Hollywood hottie Jared Leto. The internet was smitten by his shimmery, jewellery-heavy, stylish look and wondered what inspired him to wear a sky blue tracksuit and a Gucci monogram trench coat. The quirky avatar quickly became fodder for meme enthusiasts on Twitter and netizens flooded the microblogging website with memes that will surely leave you in splits!

Many Tweeple joked that Ranveer Singh was a discount version of Jared Leto. Others compared the fancy outfit to how people would dress up on their first day of work after the lockdown.

Check out some of the funniest memes inspired by Ranveer’s Gucci outfit:

Nobody:
Me pretending to be a model and playing dress up in my house at 2am:#RanveerSingh pic.twitter.com/ztRq97heZQ

#RanveerSingh
Answer sheets of roll no 17 and 18 : pic.twitter.com/YqzEZjwC5n

Teacher: our school is going to celebrate the sports day and cultural day tomorrow#RanveerSingh: pic.twitter.com/Xcg7R7n4fk

Me saving a seat for my best friend in school #RanveerSingh pic.twitter.com/aw4OUXop7o

#RanveerSingh
“Deepika buys jewelleries and clothes for her”

When you are standing in overloaded Bus, and suddenly The Bus started Running in speed#porigelam_re @RanveerOfficial pic.twitter.com/HjtcNJNXtv

On the work front, Ranveer has Kabir Khan’s ’83, based on the 1983 Cricket World Cup win of India in the pipeline, ‘Jayeshbhai Jordaar’ and ‘Cirkus’ in his kitty. He will also be seen in a cameo appearance in Akshay Kumar and Katrina Kaif’s ‘Sooryavanshi’ along with Ajay Devgn’s special role.