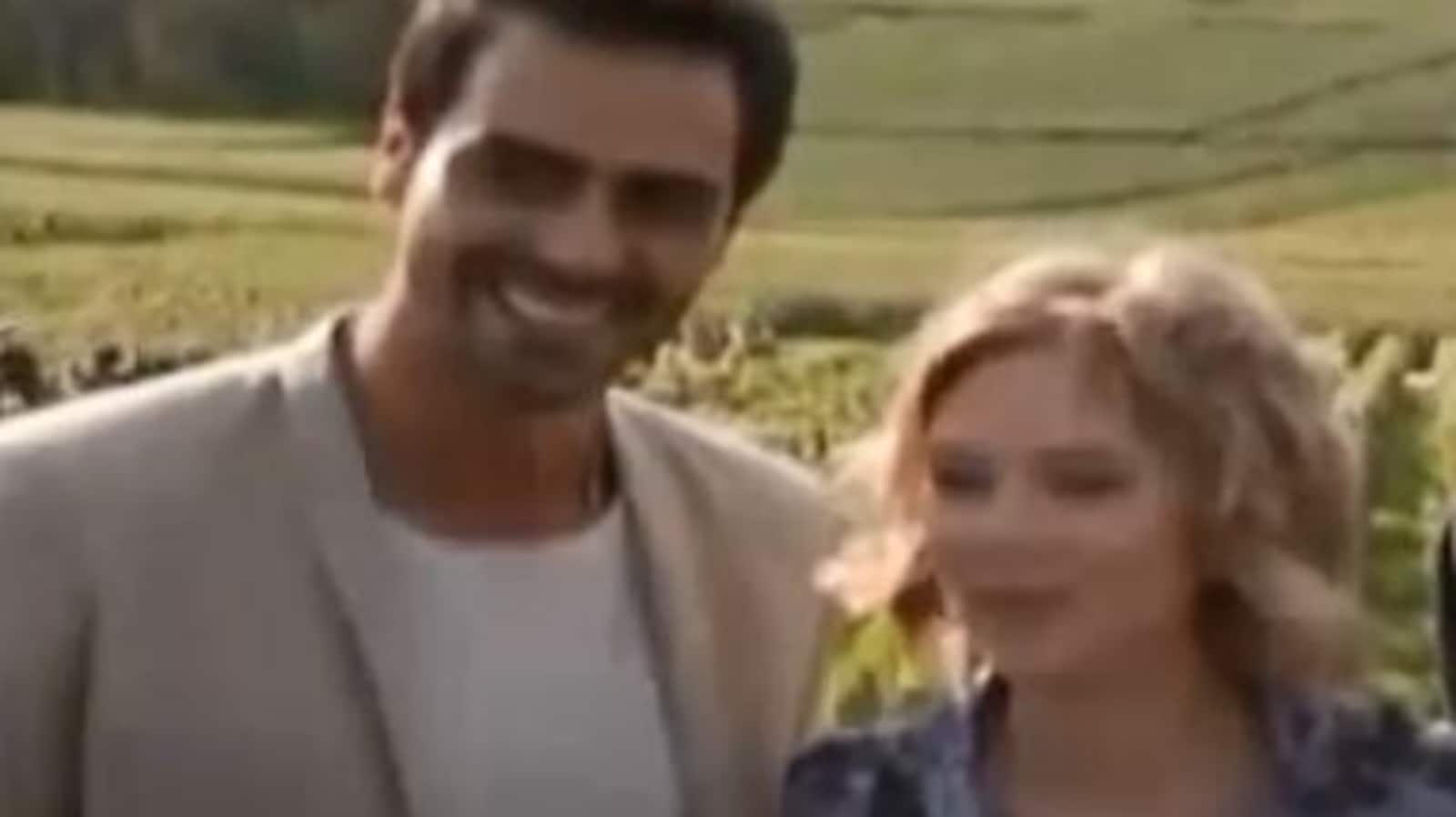 Back in 2010, Arjun Rampal and Scarlett Johansson were both on the cusp of superhero stardom. Arjun was about to appear in Shah Rukh Khan-starrer Ra.One, while Scarlett had made her first appearance as Black Widow in Iron Man 2. The two actors met in France, at a champagne harvest where they plucked grapes, sipped some bubbly, and in Arjun’s case, felt overwhelmed by Scarlett’s beauty.

A video posted by NDTV at the time showed Arjun Rampal and Scarlett Johansson hard at work in the vineyard. Arjun was asked if he’d managed to pluck more grapes than Scarlett, and he replied with a laugh, “Scarlett’s a pro. She’s getting paid for it.”

In an interview with a leading daily, he admitted to being overwhelmed by her. “We got along like a house on fire. Scarlett’s humble, real, she’s very grounded, and her sense of humour… she cracked me up a lot!” he said, adding, “She’s sexually overwhelming. And it’s hard to be extra witty around a sexually overwhelming, beautiful, young woman who is wittier than you are.”

Arjun is currently preparing to shoot Dhaakad in Budapest, which is incidentally a city of great significance for Natasha Romanoff in the Marvel movies. Scarlett Johansson, who will appear for the final time as Black Widow in Marvel’s upcoming solo film, confirmed recently that the film will address the character’s backstory, particularly what happened in Budapest. “You finally get to know what happens in Budapest,” she told Jimmy Fallon.

The Budepest operation was first mentioned in 2012’s The Avengers, in a conversation between Black Widow and Hawkeye.