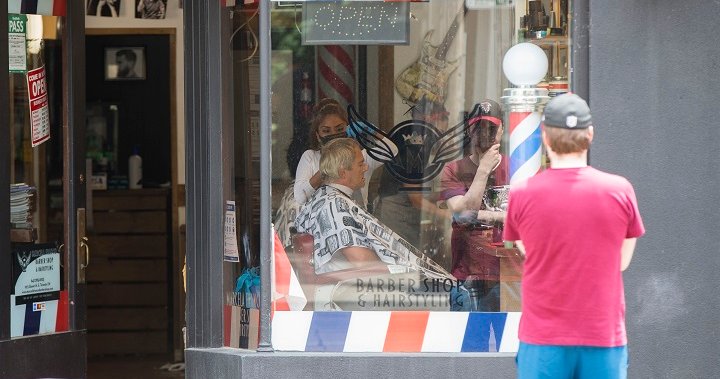 Less than three weeks after Ontario began the gradual process of reopening the economy, most of the province has now moved into Step 2 of the provincial government’s COVID-19 reopening plan.

As of 12:01 a.m. on June 30, all regions in Ontario — except for the area covered by Waterloo Public Health (delayed until mid-July due to a surge in Delta variant cases) — advanced in the plan, which brings with it an expansion of outdoor activities and settings as well as the beginning of opening up indoor settings.

“[Step 2] must be done with caution and care,” Dr. Kieran Moore, Ontario’s new chief medical officer of health, told reporters hours before Step 2 came into effect, noting there have been outbreaks fuelled by the Delta variant

“While this does mean most Ontarians can get a haircut and are allowed to have family visits or visit their favourite amusement park, it does not yet mean we are ready to forget about the need for physical distancing, masking and vaccination.”

It was on May 20 when the Ontario government revealed its three-step roadmap for gradually reopening the entire province and its economy.

Officials previously said a minimum of three weeks was needed to pass before moving into Step 2, citing a need for time for people who were recently vaccinated to build up immunity as well as lower health care system indicators such as reduced hospitalizations. Under the previously released framework, the earliest date for Step 2 was to be July 2. However, the provincial government reduced that timeframe by two days due to accelerated second doses.

Personal care services (services that don’t require face coverings to be removed such as hair and nail salons): These indoor facilities can reopen at 25 per cent capacity with up to five people and only those being served can be inside. Appointments for service are required.

Weddings, funerals and religious services or ceremonies: Up to 15 per cent of approved indoor capacity will now be allowed (up from a maximum of 10 people total). There is no outdoor attendance cap so long as people can stay two metres apart. Receptions must follow indoor and outdoor gathering limits (as stated above).

Read more:
Ontario restaurants ‘scrambling’ to find new staff as some choose not to return

Restaurants, bars, karaoke, strip clubs: Outdoor patios for dining can expand to six people at a table (previously it was capped at four), but other public health restrictions remain in place. Karaoke is now allowed outdoors. Strip clubs must still operate as restaurants until Step 3 begins.

Performing arts venues, outdoor and indoor concert venues: Indoor facilities (with the exception of rehearsals and events being broadcasts) continue to be closed until Step 3. However, outdoor open venues — including ones for live music — are now allowed to operate with capacity and public health restrictions.

Day and overnight camps: New in Step 2 is the allowance of overnight camps for children and youth, but it will be contingent on guidance from Ontario’s chief medical officer of health and unspecified health care system indicators. Day camps, which got approval to open during Step 1, will operate under the same basis.

Sports, recreational fitness facilities, gyms, personal fitness and training: Outdoors sports leagues can resume under Step 2. Previously approved outdoor fitness can operate in Step 2 with expanded capacity (up to 25 people and three metres apart, an increase from a maximum of 10 people). Indoor gyms and fitness facilities aren’t allowed to open until Step 3 except for professional or amateur athletes training, high-performance athletes or those in physical therapy programs.

Amusement parks, attractions, museums: Amusement parks and outdoor waterparks can now open so long as there is reduced capacity and other public health measures. Outdoor zoos, landmarks, botanical gardens, historic sites opened in Step 1. Indoor museums and galleries as well as the indoor components of zoos and aquariums won’t open until Step 3.

Libraries: Under Step 2, libraries can reopen with 25 per cent of the approved capacity so long as public health measures are followed.

Horse racing, motorsports: Racetracks can reopen to spectators so long as capacity restrictions and public health measures are in place.

Cinemas: Indoor facilities remain closed until Step 3, but outdoor venues can reopen (drive-ins, however, reopened in Step 1) with capacity and public health restrictions.

Marinas, boating clubs: No changes from Step 1 and indoor amenities are still ordered closed until Step 3.

When could Ontario enter Step 3?

Under the plan released in May, a minimum period of three weeks will be in place before Step 3 could come into effect.

During his first news conference on Tuesday in his new capacity as chief medical officer of health, Moore said he expects Step 2 to last for at least the full three weeks due to concerns about COVID-19 variants.

“With Delta being present, we obviously have to watch what is going on around the world where Australia and multiple cities have had to lockdown, Israel is back with masking in public spaces, Europe might be looking at further public health measures,” he explained, saying the two-to-three-week intervals are important.

“We’re going to be watching internationally, nationally, provincially, locally — being data-driven and advise government based on data.”

In terms of the vaccination guidelines set out for Step 3 (between 70 and 80 per cent of eligible adults receiving their first vaccine dose and 25 per cent receiving their second dose), those thresholds have since been met.

Moore was pressed about possibly accelerating the move into Step 3. However, he reiterated past government messaging and said reduced hospitalizations, ICUs as well as the level of virus spread and its associated reproduction rate will all be weighed in the decision to leave Step 2 behind (the exact thresholds for each of those data metrics weren’t released). Moore also emphasized that at least two weeks is needed for the most recent individuals who received their second vaccine dose in order for them to see their immunity build up.

In terms of the reopening plan, Step 3 does not represent pre-pandemic opening levels. The Ontario government has yet to release further reopening plans beyond the upcoming step.

Global News contacted Health Minister Christine Elliott’s office Tuesday afternoon to ask when further information might be released, but a response wasn’t received by the time of publication.

Here’s the chart that outlines what’s allowed to operate at each phase. pic.twitter.com/TDTP6Gkxwu