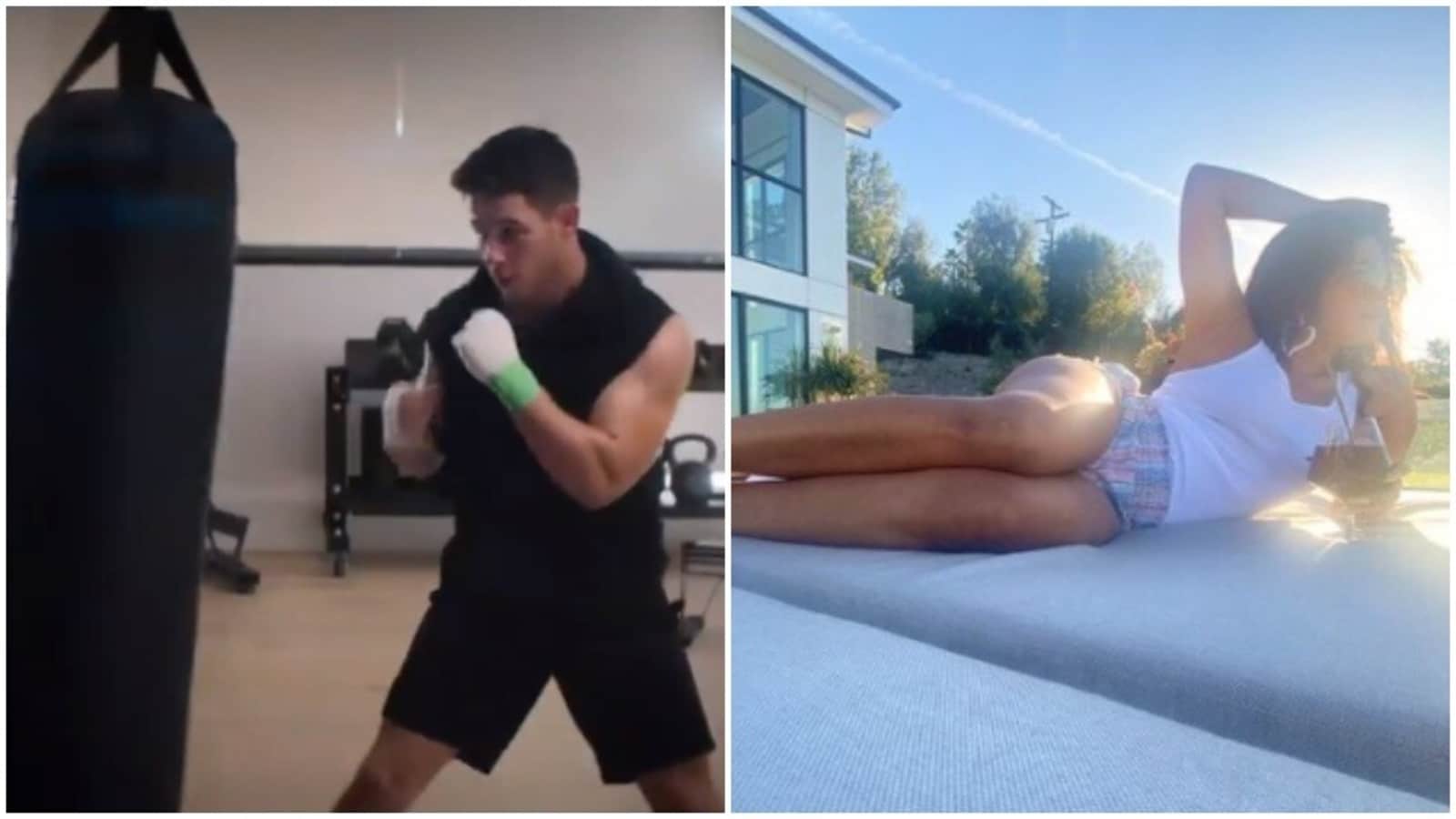 Actor Priyanka Chopra and her husband, singer Nick Jonas, have given fans a glimpse into their home in Los Angeles. Taking to Instagram, the couple shared posts on their individual accounts.

Priyanka Chopra dropped a picture in which she was seen relaxing outdoors, with her and Nick Jonas’ house seen in the background. She wore a white tank top and multi-coloured shorts as she sipped a drink. Priyanka captioned her post, “Sun, Sangria and Sass. Mood. #TBT.”

Nick Jonas shared a video clip giving glimpses of different sections of the house, including their outdoor swimming pool, gym, kitchen, and recording studio. The video, a brand endorsement, starts with him walking near the pool dressed in a rust-coloured suit over a printed shirt. He is next seen working out in the gym wearing black shorts paired with a sleeveless hoodie.

Nick is then seen in the kitchen, sitting at a table with his laptop and working. Here, he sports a black bomber jacket over a maroon hoodie. Nick is next seen playing table tennis in the lounge. The video ends with Nick in the recording studio as he wears his headphones.

Reacting to his post, Priyanka commented, “So awesome!! Also our house looks amazing! U look amazing too baby.”

Fans also commented on their posts, showering the couple with love. A fan wrote, “Look nice and cool.” Another said, “You’re so strong, not everyone is able to do what you do @nickjonas good luck for the future.” “Beautiful shot You looks so good,” commented a fan. “Gorgeous you,” commented another.

Nick also took to Instagram Stories and shared a picture that showed the view from their home. His and Priyanka’s feet were also seen resting below a table.

Priyanka recently returned to the US, prior to which she was shooting for Citadel in London. The spy series also stars Richard Madden of Game of Thrones fame.

The actor will also be seen in Text For You, which also stars Sam Heughan, Celine Dion, Russell Tovey and Omid Djalili. Priyanka also has Matrix 4 and a film based on the life of Ma Anand Sheela lined up.