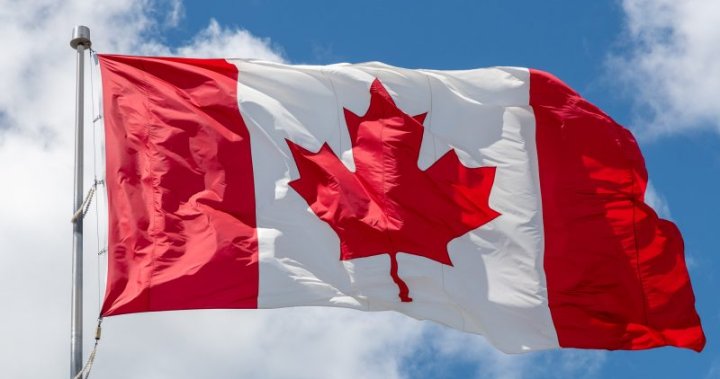 Leaders of three northern Saskatchewan communities are pressing “pause” on Canada Day this year and chose instead to focus on marking National Indigenous People’s Day on Monday.

The discovery of the remains at a former residential school at the end of May sparked a furious debate across Canada about this country’s history and how it should be celebrated on July 1.

Victoria, B.C. was the first city to cancel this year’s events and now others, like Kelowna, B.C. and Belleville, ON, are doing the same.

Global News reached out to the mayors of Regina and Saskatoon but did not hear back by deadline.

A spokesperson for the City of Regina said a volunteer committee organizes the event and said Canada Day festivities were cancelled because of the COVID-19 pandemic.

The mayor of La Ronge Colin Ratushniak sent Global News a video of the National Indigenous People’s Day that showed what appeared to be more than 100 people, most of whom were wearing orange shirts, walking through the town.

“If we don’t take that moment to really acknowledge the injustices and the atrocities that have happened,” La Ronge Mayor Colin Ratushniak said, “I don’t think that we can truly grow as true Canadians.”

He said he would be celebrating Canada Day privately this July 1 but he hoped people would “really think think about what our nation’s history has been built on.”

“Hopefully now that we have taken that step and that… monument of solidarity to learn and listen, then next year and the years coming forward, I hope we can proudly… fly that flag, at least with the acknowledgment that we have listened and learned from our mistakes in the past,” Ratushniak said

Air Ronge mayor Julie Baschuk did not respond to a request for comment by deadline.

The detection of the remains of 215 Indigenous children reinvigorated a debate that was already underway.

Before the discovery, Kerry Bellegarde-Opoonechaw, a Sixties Scoop survivor, was pushing the City of Regina to remove the statue of Sir John A. Macdonald in the city’s Victoria Park because of the first prime minister’s role in shaping the residential school system. She and others succeeded and city workers removed the statue in April.

She said she hadn’t celebrated Canada for several years but anybody has the right to celebrate whatever they want.

“Of course, (Canada Day) should be recognized,” she told Global News.

“This country is a very diverse country and there’s not just (Indigenous people) in the country, but we have shared our land,” she said.

Read more:
A look at what Canadian students are taught about residential schools across the country

She told Global News she thinks the time between National Indigenous People’s Day on June 21 and Canada Day on July 1 should be celebrated by Indigenous people and all Canadians together.

The purpose of tearing down statues, she said, acknowledging Canada’s colonial history while also moving forward to celebrate Canada Day, is “to make a better Canada.”

“And it’s not just for us — we’re not being selfish. It’s for our youth, too. We need to make this future really strong and unified.”

“There is a dark history, but there’s also a lot to be proud of,” she said.

A third-generation survivor of residential schools, Cook-Searson said understanding how the past affects the present affects how people will interact with each other in the future.

She said it’s necessary to think “about how do we come together and how do we make our country stronger, because at the end of the day, we’re still here. We’re still together. We have to find a way to continue to move forward.”