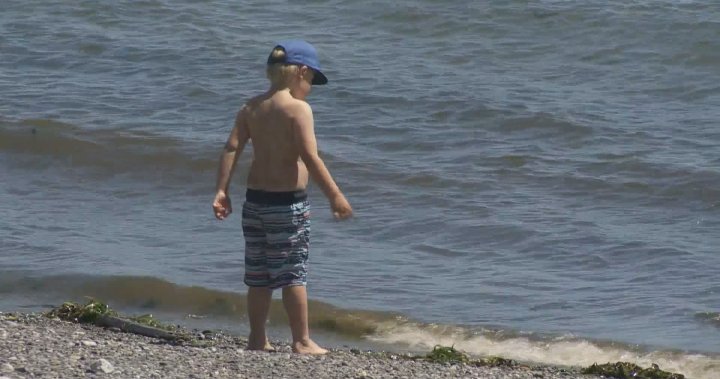 The BC Cancer Agency is aiming to prevent skin cancer before it starts by shielding preschool-age children from sun exposure.

The agency has launched a pilot project that is the first to regularly evaluate shade in outdoor play spaces for kids between the ages of three and five.

It will assess the impact of installing shade structures in playgrounds and other outdoor areas through the spring, summer and fall on UV exposure.

5:01
Alberta oncologist shares how to identify skin cancer – and prevent it in the first place

Alberta oncologist shares how to identify skin cancer – and prevent it in the first place – May 4, 2018

Over the course of six months, participants will wear devices to measure both the level of UV exposure as well as their physical activity.

Researchers say reducing early childhood sun exposure is critical and could reduce the risk of someone developing skin cancer as an adult.

“We know that early childhood is a sensitive time window for the long-term harmful impact of UV radiation,” Maryam Darvishian of the BC Cancer Agency said.

“Chronic UV exposure will make you look older sooner than you need to and more importantly it’ll cause skin cancers so there’s short-term and long-term side effects from being out in the sun too much unprotected,” BC Cancer dermatologic oncologist Harvey Lui added.

Read more:
Man warns of dangers of sun exposure after getting 2nd-degree burns

The BC Cancer Agency projects that 1,345 British Columbians will be diagnosed with melanoma, the most common form of skin cancer, this year. By 2031, that number is expected to rise to more than 1,700.

“We can change that by asking people to adjust their sun exposure behaviour,” Lui said. “We’re not telling people to go live in a cave. You just have to be a little more careful.”

Having access to outdoor shade structures may make that a little easier.

While the study’s findings aren’t expected to be released in late September, the hope is such structures will become the norm at daycares, preschools and even playgrounds.