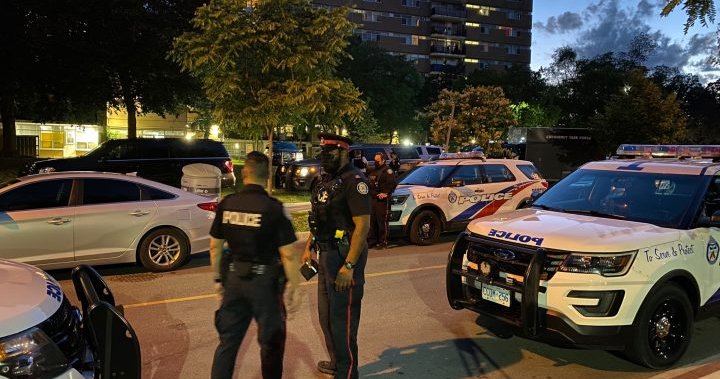 Three children and two adults have been injured after a shooting at a children’s birthday party in Toronto’s west end, officials say.

According to police, a one-year-old boy, a five year-old girl, a 11-year-old boy and 23-year-old man were among the wounded.

Emergency crews were called to a residential complex on Tandridge Crescent, southeast of Islington Avenue and Albion Road.

Toronto Police Insp. Kelly Skinner said in a press conference that police were called to the scene over a shooting shortly before 8 p.m.

Skinner said that the only information available on suspects was that there were multiple of them and that they had “escaped from the area.”

“There’s nothing more brazen than children outside in a gathering and this kind of violence happening outside right in front of them and them being victims,” said Skinner. “It’s absolutely tragic.”

Authorities did not release any more information on the circumstances leading up to the shooting.

This is a developing story that will be updated throughout the night.

— With files from David Lao