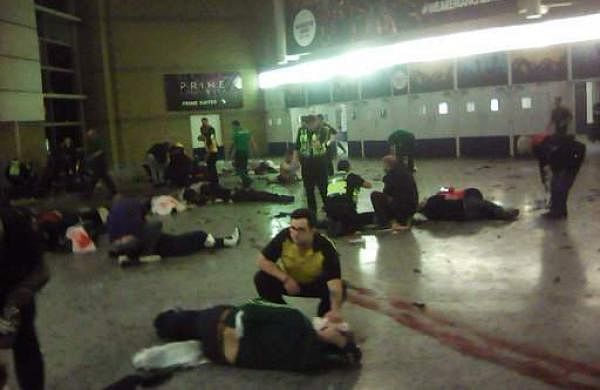 LONDON: Security failings leading up to the terrorist bombing during an Ariana Grande concert at Manchester Arena four years ago meant multiple “missed opportunities” to save lives on the night, an official inquiry concluded on Thursday.

On May 22, 2017, Libyan-origin suicide bomber Salman Abedi blew himself up outside the arena just as the pop concert was concluding, killing 22 people and injuring hundreds more.

The attack was later claimed by the Islamic State (ISIS) terrorist network.

Sir John Saunders, who is the chair of the investigation into the terror attack, said the attacker should have been identified as a threat before he detonated his device outside.

“The security arrangements for the Manchester Arena should have prevented or minimised the devastating impact of the attack. They failed to do so,” Saunders said.

“There were a number of opportunities which were missed leading to this failure. Salman Abedi should have been identified on 22 May 2017 as a threat by those responsible for the security of the arena and a disruptive intervention undertaken,” he said.

Had that occurred, I consider it likely that Abedi would still have detonated his device, but the loss of life and injury is highly likely to have been less,” he added.

In a first report from the inquiry, Saunders said the arena’s operator SMG, security company Showsec, and British Transport Police (BTP) were “principally responsible for the missed opportunities” but there were also “failings by individuals”.

The “most striking missed opportunity” was that a member of the public, Christopher Wild, raised concerns about Abedi to security guard Mohammed Agha minutes before the bombing — but the effect of the steward’s actions “was to fob (Mr Wild) off”, he said.

The retired High Court judge said that the responsibility for the attack lies with Abedi and his younger brother Hashem, who was jailed for life for helping plan the atrocity, but his inquiry had to decide “whether more could and should have been done” to stop the bomber.

Among a series of recommendations in his report, Saunders said a “Protect Duty” for better security at venues should be written into law, following a campaign from the mother of victim Martyn Hett.

The inquiry’s report is the first of three being published in the coming months.