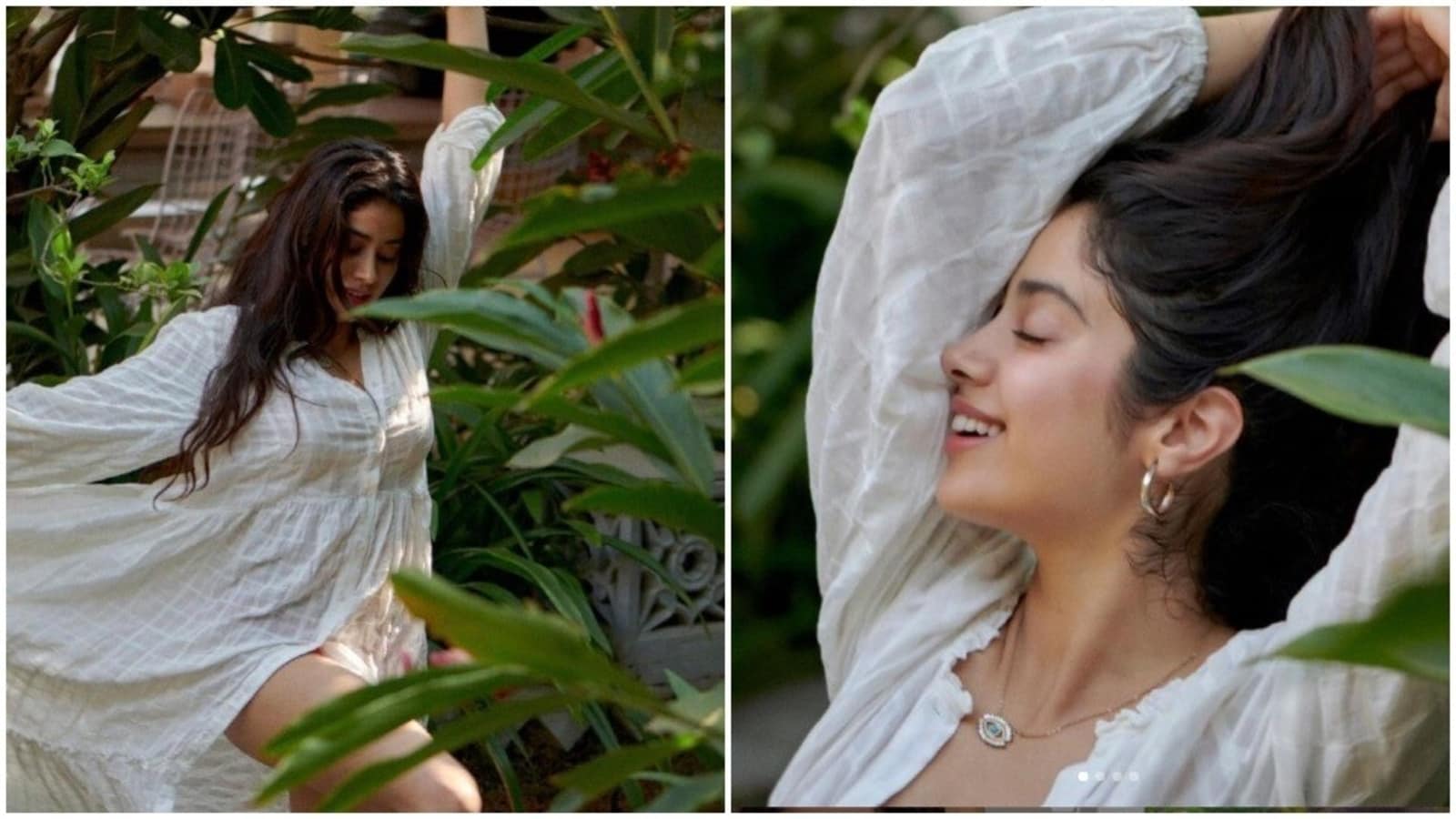 Actor Janhvi Kapoor has shared a bunch of new photos on Instagram. The photos show her posing in what appears to be a garden.

Janvhi Kapoor is seen wearing a loose white dress with bell sleeves. She has her hair styles in loose waves and is wearing silver hoop earrings and a necklace. “And those who were seen dancing were thought to be insane by those who could not hear the music,” she captioned her post.

Janhvi’s pictures got her compliments from her fans. “Looking Gorgeous Mam,” wrote a fan. “Mam you are so much beautiful,” wrote another.

The actor shared a similar colourful and dreamy post recently. In it, she was seen in an orange bikini with a matching cover-up. “May we start to walk lightly on this earth the way that other creatures do. May we recognise that our environment is the one thing that we all share,” she captioned the post.

Janhvi was last seen in Roohi, which got a theatrical release earlier this year. She starred in the film with Rajkummar Rao and Varun Sharma. She played a woman possessed by a witch in the film. The film did average business at the box office but was among the first big Bollywood film to release onscreen after the lockdown rules were lifted.

Janhvi’s upcoming projects include Good Luck Jerry. She wrapped the movie in March. Sharing a post from the final day, she wrote, “I can’t believe it’s a film wrap. So many things have happened, changed, evolved, been learnt and unlearnt during the course of and because of this shoot.”

“But through all of it I used to be so excited to come to set and see all these faces and trouble them and laugh with them and work tirelessly and unitedly to create something that was exciting all of us,” she captioned the post, alongside a series of photos from the sets of the film.