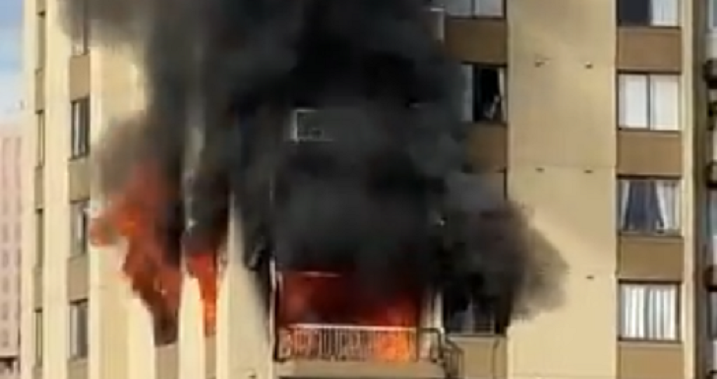 Fire crews were called to a two-alarm fire in a highrise apartment in Vancouver’s West End on Thursday evening.

Flames broke out in the building near Comox and Thurlow streets around the dinner hour.

Thick black smoke and flames could be seen shooting from the windows and balcony of the unit, which appeared to be on the 12th floor.

Firefighters could be seen working inside the unit after knocking the flames down.

Damage to the unit appeared extensive, and black scorch marks were visible up the building’s exterior around units on floors above.

It remains unclear how the fire started or whether anyone was injured.