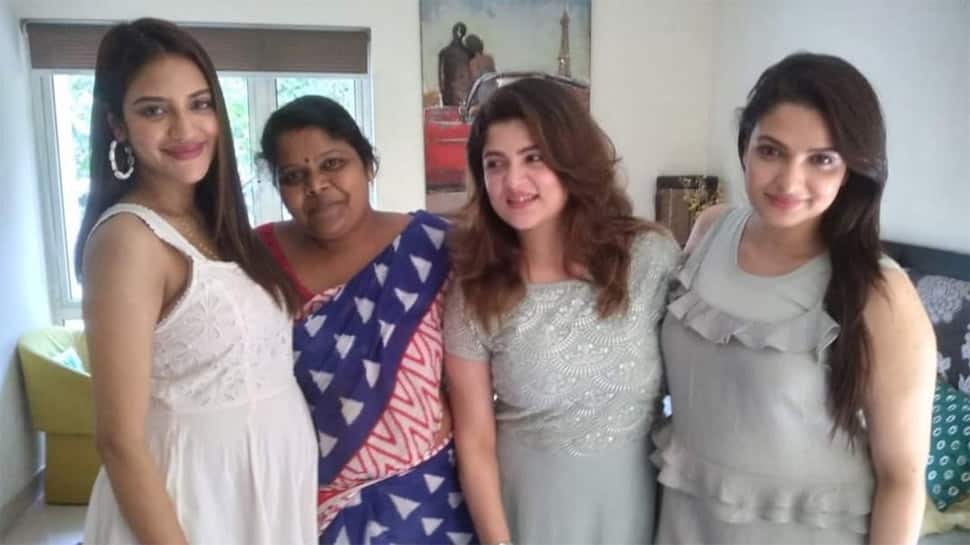 New Delhi: TMC MP Nusrat Jahan is in news these days for her divorce from husband Nikhil Jain. Amid her break-up and alleged link-up rumour, speculation over her pregnancy too was doing the rounds. Zee News has got an exclusive first photo of Nusrat flaunting her baby bump, thereby, confirming her pregnancy news.

In the picture, Nusrat Jahan can be seen posing with Bengali actress Srabanti Chatterjee and other acquaintances.

Nusrat Jahan recently announced her split with husband Nikhil Jain and released an official statement as well. The actress-turned-politician said, “Our separation happened long back, but I did not speak about it as I intended to keep my private life to myself.”

She added that her marriage with Nikhil Jain is not valid as an interfaith marriage in India requires validation under the Special Marriage Act, which never happened. “As the marriage was not legal, valid and tenable, there is no question of divorce,” reported Hindustan Times.

For the unversed, TMC MP Nusrat Jahan and Nikhil Jain who tied the knot in June 2019 in Turkey, have been making headlines due to marital discord and cheating allegations on the former.

Meanwhile, after allegations were made against Nikhil Jain and his family in the past few days, he decided to reveal some important facts about his relationship with Nusrat.  He recently issued an official statement about the ongoing marital discord and made some important revelations in it.

He wrote, “I proposed to Nusrat which she gladly accepted and we went for a destination marriage in Bodrum, Turkey in June 2019 followed by a reception at Kolkata.”

Jain claimed that even though he devoted all this time to her, within a short period of time, her attitude towards him changed.

Nusrat Jahan tied the knot with her businessman beau Nikhil Jain in the picturesque Turkish town of Bodrum on June 19, 2019. The wedding ceremony was done as per Turkish Marriage Regulation.

Amid these speculations, Nusrat Jahan’s intimacy with BJP’s actor-turned-politician Yash Dasgupta has also gained ground. Yash and Nusrat worked together in the Bengali film ‘SOS Kolkata’ in 2020.