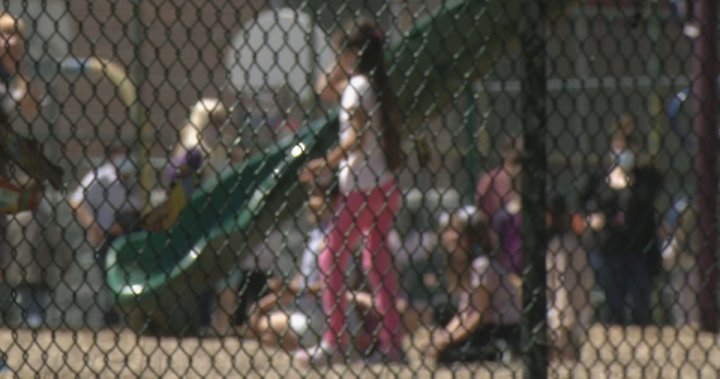 Police are warning the public after an indecent act outside a downtown Vancouver elementary school on Monday afternoon.

Police say a man approached an eight-year-old female student on the playground at Lord Roberts Elementary near Bidwell and Pendrell streets sometime between 2 and 2:30 p.m. The suspect exposed his genitals and then left the area before police arrived.

0:31
Man tries to coax teen girl into van outside of Vancouver high school

Man tries to coax teen girl into van outside of Vancouver high school – May 21, 2021

“There is no doubt that this would have frightened this young student,” VPD Const. Tania Visintin said. “She did absolutely the right thing and told a trusted adult.”

Police are encouraging parents to have a talk with their children.

“Don’t talk to strangers, don’t leave with a stranger if the stranger asks you to come with them, and always tell a teacher or an adult that you trust if anything suspicious or uncomfortable happens to you, whether it be at school, on the walk home from school or on the playground,” Visintin said.

Vancouver police say officers are in the early stages of their investigation.

Anyone with information about the indecent act is asked to call Vancouver police or CrimeStoppers.